The changing impact of the safety position

Let’s talk about the safety position today and why the NFL is putting such a premium on a position that was once an afterthought.

Last week, I wrote about the evolution of the tight end position in the NFL. These aren’t just players who put a hand in the dirt and spend their entire offseason on a 7-man blocking sled anymore. Instead, they are becoming key factors in NFL game plans — and are looked at as valuable options in the passing game. 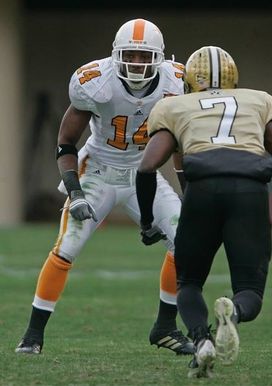 The easy and quick response from the defense: bring the nickel sub package onto the field. A good play in a third-down passing situation, but what about 2nd and medium or even a 1st and ten situation? Herein lies the issue. The offense spreads the field and forces the defense to bring in a third corner, or a nickel corner, and now the entire playbook of one-back (or “nickel runs”) is at their disposal.

Think about it. You are now looking at a defense with a linebacker standing on the sidelines. Easier to run the inside or outside zone, the inside trap, etc.

Because of that, NFL defenses want a safety that can not only make plays on the ball, fill the proper gap and take on a pulling guard or a fullback kick-out block, but cover as well. You want to keep your base defense on the field and we are seeing that throughout the league right now. Instead of bringing that nickel corner into the game, clubs are walking down the free safety from the middle of the field. Nick Collins in Green Bay, Baltimore’s Ed Reed, New Orleans’ Darren Sharper and new Giant Antrell Rolle to just name a few safeties that also have cover skills.

And, it is filtering down to the draft. We don’t often see safeties taken in the top ten — because the money is just too big. But, this is a passing league now, and you need the proper talent in the secondary to be able to play over a removed TE or a slot receiver.

Eric Berry from Tennessee is this year’s prime example. Way too early to tell if he will pan out and produce at the NFL level, but when you turn on his college tape, he projects as a safety who can cover — as well as make plays in the middle of the field. And that is why Kansas City drafted him 5th overall in April.

In reality, there is only so much you can do defensively and offensively on the field with eleven players. Schemes don’t change as often as we like to think, but personnel is always evolving and the ongoing chess match that is played out throughout the week of game prep and in-between snaps on Sundays is the real part that separates the NFL.

And the safety position continues to change because of it.