The value of the NFL joint practice in August

Tonight, the Saints and Patriots play in Gillette Stadium in the preseason opener for both clubs, but just as we saw on Sunday during the Hall of Fame game in Canton, the starters will see limited work. Produce a drive that results in points or force a couple three-and-outs on defense, and the first team guys can pack it in for the night.

But, leading up to today, both clubs were on the field together for joint practices. What are the benefits to these practices in camp? Where is the value? And, are they worth it? The hitting increases—as does the risk of injury—but the impact is real in August. 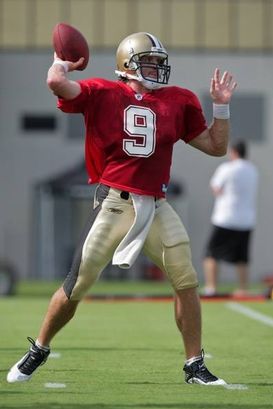 ICONBrees and the Saints get more quality work in joint practices.

NFL camps are competitive by nature. The hitting, players fighting for roster spots, and veterans trying to hold onto that pay check and fight off rookies trying to steal their jobs. But, they get old after two weeks. The same players, the same looks—both offensively and defensively—and the same routine. That changes when another team comes to town. I experienced this as a rookie in 2000 with the St. Louis Rams when Steve McNair, Eddie George and the Tennesse Titans came to Macomb, IL for two days of practice and a Saturday scrimmage. The intensity was kicked up, as was the speed. Big hitting and players going after each other. We practiced harder as a team, and the competition level increased with each drill.

As creative as Saints defensive coordinator Gregg Williams is in New Orleans, Drew Brees and the offense benefited by seeing the different looks from the Patriots. Routes had to be adjusted and defensive personnel changed. The same can be said for Tom Brady, Randy Moss and the Pats. It is productive to work against different schemes and see what you can and cannot do in August. Find out your weaknesses and make corrections in the film room. Think of Jay Cutler in Chicago. He sees the same Tampa 2 looks from Lovie Smith daily, the same zone blitz schemes and the same defense he has been working against since OTAs. Not in Foxborough, where both Brady and Brees were challenged by defenses that they don’t see on a regular basis. New blitz schemes, combination coverages and multiple fronts. Lots of value there.

I am still in favor of the preseason schedule because actual game situations are the best test for football teams in August, but like we saw on Sunday night, the Bengals first team offense didn’t get any red zone work. You can’t predict the flow of the game in the preseason, and you often don’t get to see your first team work in certain situations. In these practices (which are scripted), both the Saints and the Pats get to work against each other in 7-on-7, 9-on-7, 11-on-11 team, blitz period, two-minute and in the red zone. And, let’s not forget the one-on-one work between the offense and defensive line along with the WRs and DBs. Every drill has a purpose and every player benefits from blitz pickup to their coverage drops inside the 20-yard line. 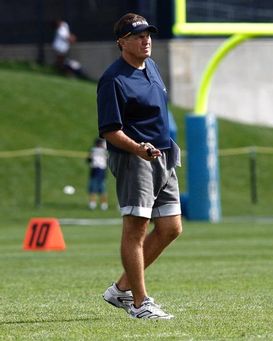 ICONMore teams should model what Belichick and Payton did this week in camp.

This has always been the selling point for me. Think about Foxborough this week: Bress and Brady vs. the first team defenses of the Pats and the Saints. Repetition is a major part of camp, so why not get the best value of every one? These players won’t see a competition level like this until they get to the regular season because of the fact that their reps in the preseason games are limited. And, veterans need the work more than we all think. Timing, the depth of their routes, the run game, etc. Put them in a situation where they have to work against top tier talent—all day.

It was great from my perspective as a rookie, because it gave me a taste of how the speed of the game increases once the competition level jumps. It allows rookies to get their feet wet before they are thrown into the fire in that first preseason game—and it is another test. How do they respond to the competition? Can they handle their responsibilities once the speed picks up? Do they get lost on the field? Is the NFL game too big for them? You will find out a lot about your rookies when another team comes to town. It is a step up, as I found out when Eddie George ran right through me for two straight days.

Click here to purchase the Total Access Pass/ Draft Guide from the NFP and receiver a free Deuce Brand watch while supplies last.