This is how you execute the 'Tunnel Screen'

Earlier this week, I talked about the Falcons and their play calling in the win over the Lions. A good mix of the run game, the screen action and some vertical shots down the field during their Saturday night matchup in Detroit. Today, let’s go back to the All-22 tape of Roddy White’s TD on the “Tunnel Screen” and breakdown the play that allowed the WR to get up the field. 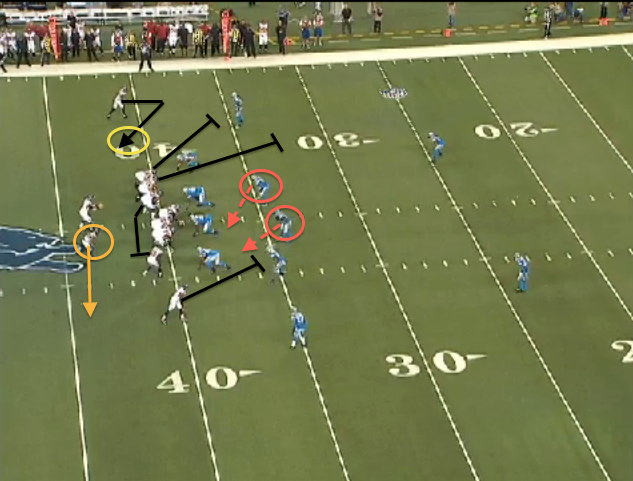 With the Lions in Cover 2 (7-Man box), the Falcons use some window dressing to set this play up in plus territory. Atlanta wants to show the Crack Toss to the open side of the formation and come back to White on the closed side Tunnel Screen. The Falcons motion to a crack alignment (WRs close to the core of the formation), with the closed side OG pulling and the RB (Jacquizz Rodgers) on the toss action. The idea is to force the LBs to step to the play action side and come back to White with the TE (Tony Gonzalez) and the LT working to the second level. 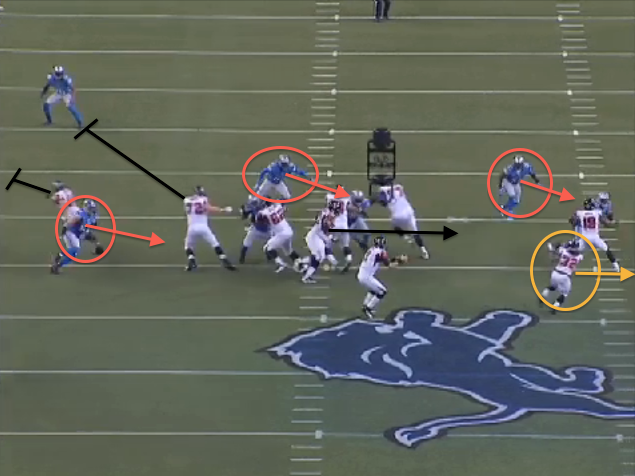 The end zone angle of QB Matt Ryan and Rodgers on the toss action. Look at the linebackers and the closed side DE. They all take the bait (eyes in the backfield). With Gonzalez and the LT now able to release to the second level of the defense, the Falcons have exactly what they want to set up the screen. 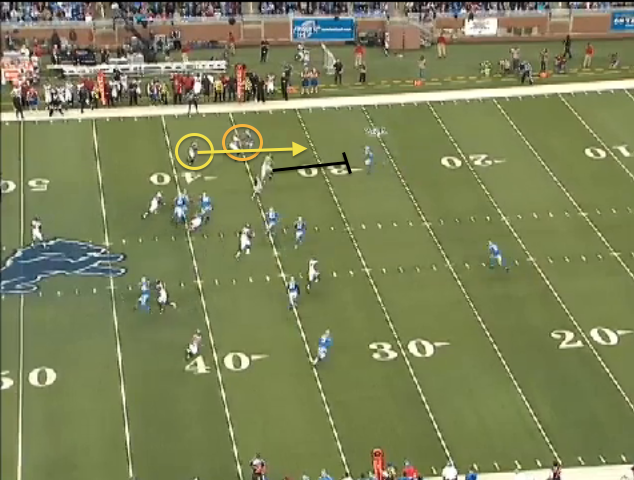 White can set up the block of Gonzalez and get up the numbers. And for any safety that is attacking the screen downhill from the deep half, be alert for a cut-block. An offensive tackle isn’t going to play around in the open field. Get your hands ready, push down on the shoulder pads and kick the legs back when the O-Lineman goes low. You have to stay on your feet in this situation and force the WR to cut back to the defensive pursuit. This is how you draw it up on the chalkboard when we talk about execution on the offensive side of the ball. Gonzalez turns the CB out and the LT cuts down the SS in the deep half. That leaves a clear lane for White to get vertical up the field and take this to the end zone for six points.