Three reasons the Packers shut down the Bears

Click here for my quick notes on the 3-0 Detroit Lions.

Let’s go back to the Bears-Packers matchup and Soldier Field—and it keep it simple. Three key factors to this ball game that gave Green Bay the win in Chicago.

Three TDs for the Packers’ TE (7-85-3 TD). A player that is a matchup issue for the Chicago secondary. Let's break down the three scores... 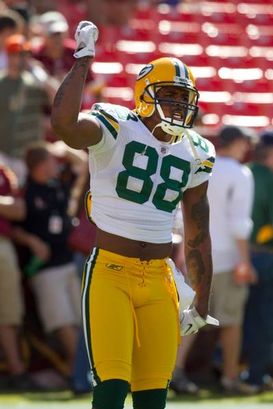 ICONFinley produced against the Bears' Cover 1 and Cover 2 schemes in the red zone.

- Removed from the core of the formation vs. Brandon Meriweather in the Bears’ Cover 1 scheme. Vertical stem, stick to the outside and break back on the slant (skinny post) in the red zone. And it was that slight “stick move” that forced the Chicago FS to stop his feet and put his eyes back to the QB.

- Working the option route vs. Cover 2. Straight stem to LB Lance Briggs, but when QB Aaron Rodgers breaks contain, all Finley has to do is find an opening. And in Cover 2 that is working back across the field from Briggs' leverage. Easy throw and catch.

- Cover 2 again on the 9 (go route). Again, we see Finley removed from the core of the formation. A route that should be taken prevented by a Cover 2 shell. However, he gets an easy release vs. Jennings and we see safety Craig Steltz try to play the deep half from a middle of the field alignment. He doesn’t have the range or the speed to make that play. No need to show a single-high look (disguise pressure or Cover 1) when you are a Tampa 2 football team in the red zone—because everyone knows what you are playing.

2. The Bears lack of execution on offense

For the majority of the game, the Bears O-Line played decent football vs. the Green Bay pressure packages, but when you can’t run the ball (or make plays at the WR position) you aren’t going to beat the Champs. Leads to bad field position, 3rd and long situations and a defense that can sit in 2-Man (inside man-under) and take away the inside breaking routes of Mike Martz’s offense. I understand Bears' fans want to see “balance” from this offense, but they could not win early in the run game. That’s a problem and it will continue.

3. Ryan Grant vs. the Bears front-seven

The Bears want to win vs. the run game playing Cover 2 (7-man front). That allows them to sit back with their two-deep safeties, take away vertical route schemes and keep a top on the defense. However, Grant consistently produced against this Bears' front. The Green Bay RB (17-92 yards) showed great vision, cut back ability and was able to get the ball up the field when he hit running lanes. Looked fresh from my perspective and tore up this Bears Cover 2 look. I didn't expect to see this, but give Grant a game ball on the flight home tonight. He ran hard.

Check back to the NFP in the morning for my Week 3 Sunday Replay.