TNF: How will the Saints game plan Gonzalez?

How do you limit Tony Gonzalez in the red zone? That’s the question for the Saints' defense tonight down in Atlanta. The TE produced in the Week 10 matchup and should be a primary target again for QB Matt Ryan. Let’s run through some All-22 cut-ups to see what the Saints played vs. Gonzalez in their first meeting and then I will throw out some ideas on how to game plan the Falcons' veteran TE. 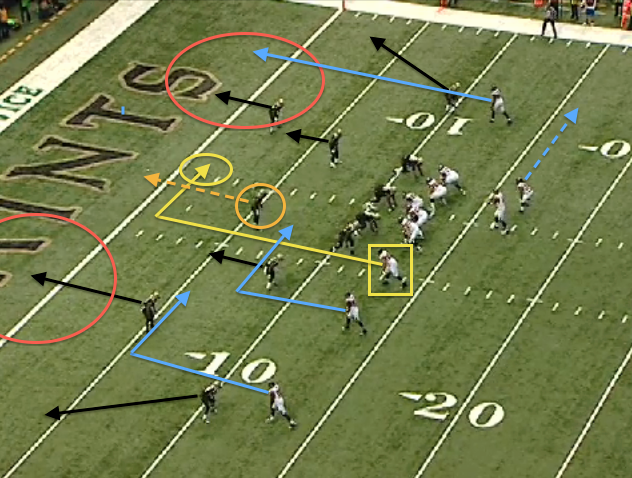 The Saints are in their two-deep look vs. a Doubles Slot formation from the Falcons. With Gonzalez aligned as the No.3 receiver to the closed (strong) side of the formation, Atlanta is running the Levels concept to get the TE matched up vs. the Mike Backer. In Cover 2, the MLB will open his hips to the passing strength (closed side of the formation), run with the inside vertical seam and match to Gonzalez. 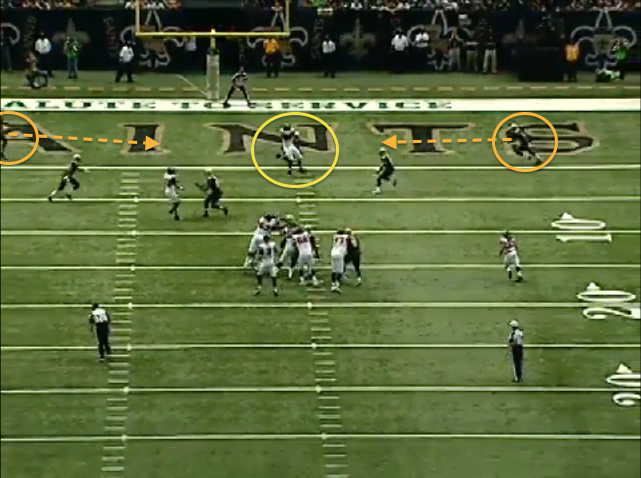 This is the Mike Backer’s play to make. Even with the two deep half safeties driving on the route, the LB has to match to the inside breaking cut. However, Cover 2 becomes a one-on-one situation when Gonzalez can break the dig route at a depth of 12-15 yards, create leverage vs. the Mike and make this catch. 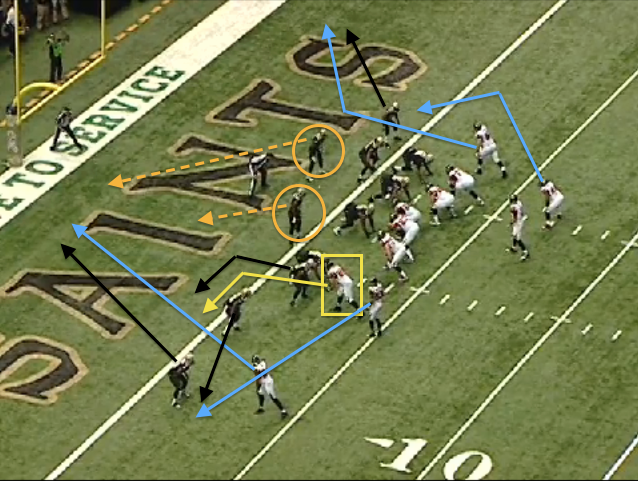 The Tare route (Flat-Option combo) out of a stack alignment from the Falcons. With the Saints playing Cover 1 Rover (FS and LB play the middle of the field), Gonzalez is matched up vs. safety Malcolm Jenkins (press-alignment). Work through the jam at the line of scrimmage and break on the out cut. 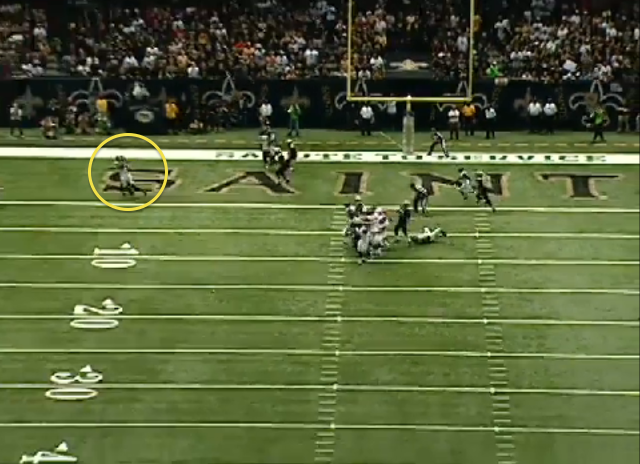 Again, look at leverage with Gonzalez. Jenkins is physical with his hands and drives to the upfield shoulder of the TE. But when Gonzalez establishes position the safety is in a tough spot to play the ball. And the result is six points for Atlanta.

3. Inside seam vs. Cover 1 pressure 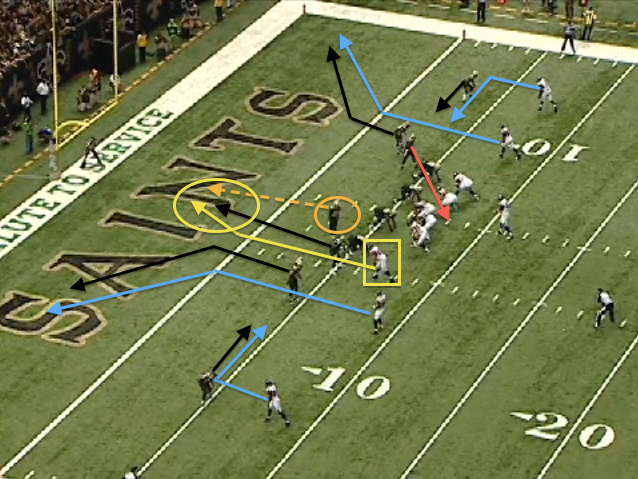 The Saints are sending safety pressure from the secondary (Jenkins) to the open side of the formation and are dropping a LB to the inside hook. With Gonzalez running the inside seam (Smash-7 concepts to the outside), New Orleans can play this almost like a “bracket” coverage vs. the TE. 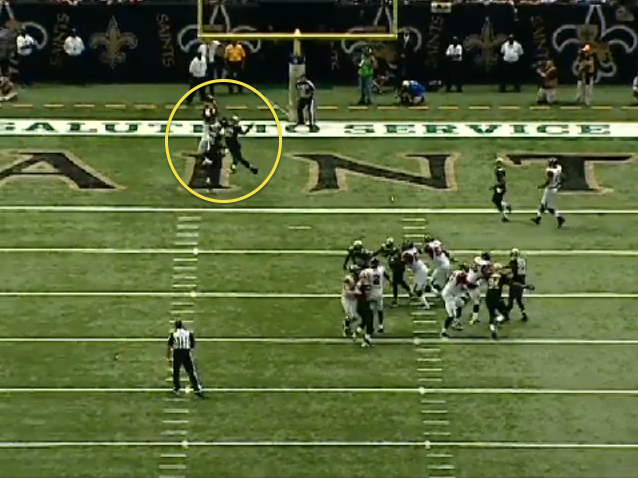 Ball placement. That’s key vs. man-coverage when you are targeting the TE. Ryan puts this ball high and let’s Gonzalez climb the ladder to make the play vs. safety Roman Harper and the LB. Great finish.

What adjustments would I make?

If we go back and look at those three routes, the Saints had solid coverage and I like the idea of playing Cover 2 vs. the Falcons in the red zone—if you can take away the TE on the inside vertical seam. However, I would also play some Cover 7 (combination-man) to use a “slice” call vs. Gonzalez (2-on-1) inside of the 10-yard line tonight and send more (man) pressure. I’m thinking Cover 0 inside of the 5-yard line with Jenkins matched up vs. Gonzalez. Force Ryan to unload the ball and let Jenkins use his technique on the release.