Watch out for Boldin in Super Bowl XLVII

Click here for my All-22 breakdown of the 49ers’ Inverted Veer scheme.

Anquan Boldin isn’t going to win with straight-line speed this Sunday vs. the 49ers in Super Bowl XLVII. That’s not his game. The Ravens’ WR isn’t a 4.4 or a 4.5 guy when you put a stopwatch on him. However, Boldin has been very productive during this post-season run because of the ability to win within the route stem and play the ball at the highest point in the red zone.

Let’s go to the All-22 tape and take a look at Boldin’s three TD catches this post-season from an inside alignment. 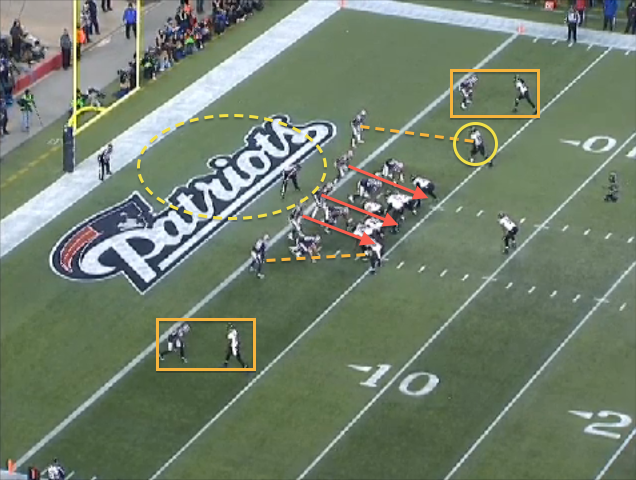 With the Patriots showing zero-pressure, QB Joe Flacco checks at the line of scrimmage to the “sight adjust” (or hot read). Think of the 3-step route tree with Boldin (slot alignment) as the primary target vs. a DB playing with inside leverage (Cover 0 technique). 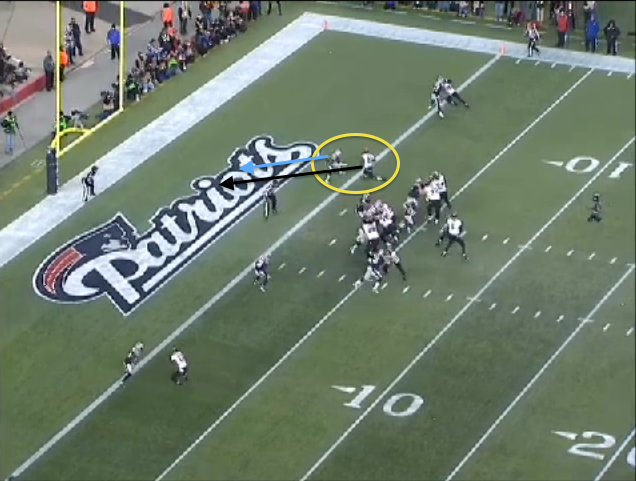 Because the Patriots are sending a 7-Man pressure scheme, the Ravens will slide the protection to the open (weak) side of the formation—but the ball has to come out. Look at Boldin here. A quick step to the outside on the release that forces the DB to widen his feet and squat. 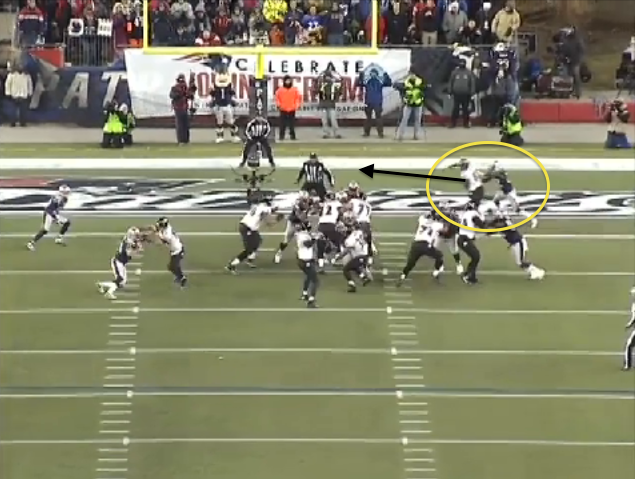 The DB is already beat. Can’t stop your feet and allow the WR to create leverage back across your face with no safety help in the middle of the field. That's trouble. 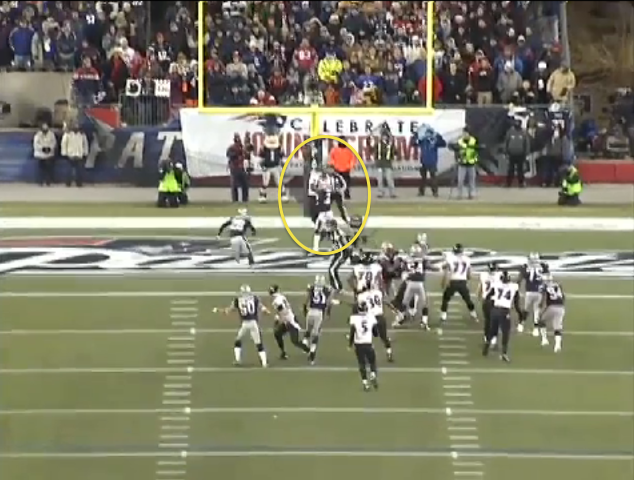 Nice work here from Flacco putting this ball up so Boldin can climb the ladder. Let your WR go make the play and finish. 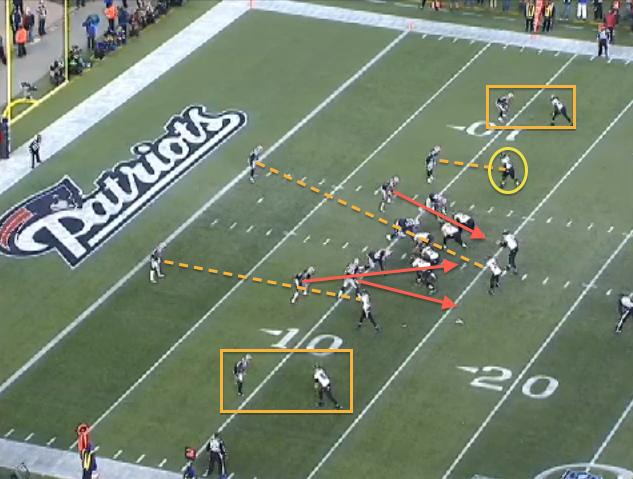 I’m still calling this Cover 0 because of the leverage (inside shade) and the safeties. At the snap, this might look like a Cover 4 alignment. However, with the closed (strong) side safety aligned over the TE and the open side safety moving to a “rover position” once his coverage (RB) stays in on protection, this plays out like zero-man. 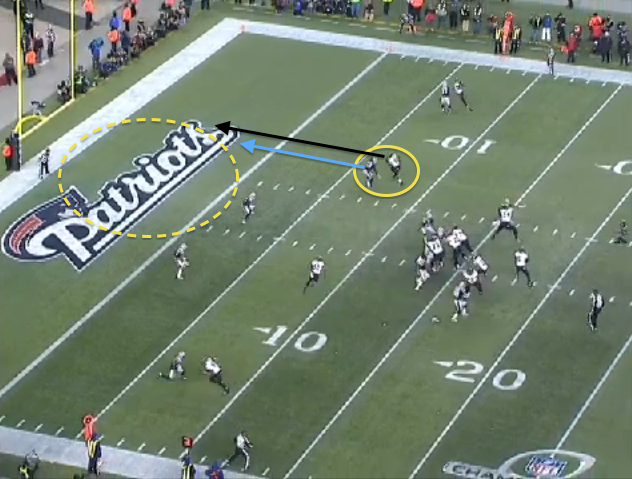 We can call this a “Nod” route (or “Stick Nod”) with Boldin taking the release vertically up the field and sticking to the inside. That forces the DB to open his hips and creates separation up the seam. Put the DB in an adverse position and exploit his poor technique. 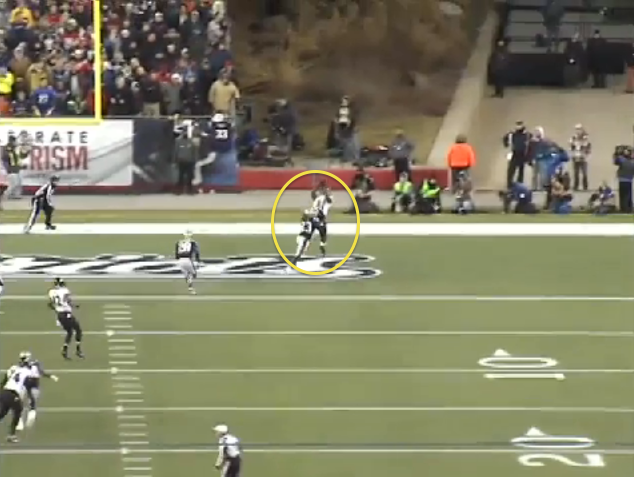 With the DB stuck in a trail position, Flacco can once again put this ball up high for Boldin to finish the play. Even if the DB “plays the pocket” (stick the hand in between the WR’s arms), Boldin is too strong at the point of attack. 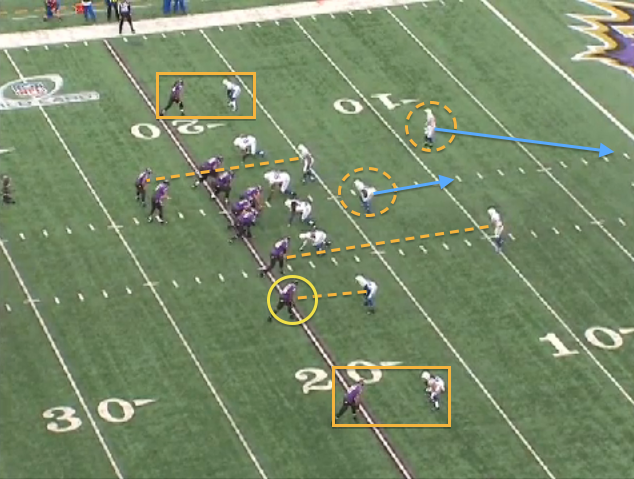 Base Cover 1 from the Colts with the FS moving to the deep middle of the field, the Mike Backer dropping to an inside rover alignment and the DBs playing with an outside shade (funnel WRs to help in the middle of the field). The Ravens are running the Smash-7 (Boldin aligned as No.2 to the closed side) with the TE on the inside vertical seam to occupy the FS. 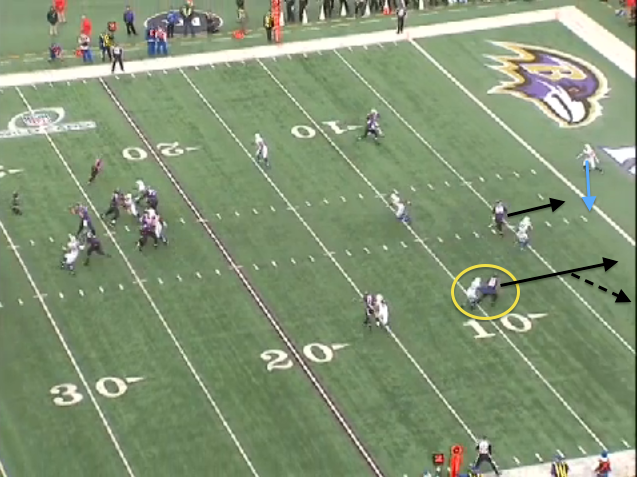 Boldin uses a hard, outside release to beat the DB’s initial leverage and stacks on top within the route stem. That's an ideal position to continue up the seam or break to the 7 cut. And with the TE running the inside vertical to hold the FS, the Ravens have created another one-on-one matchup for Boldin. 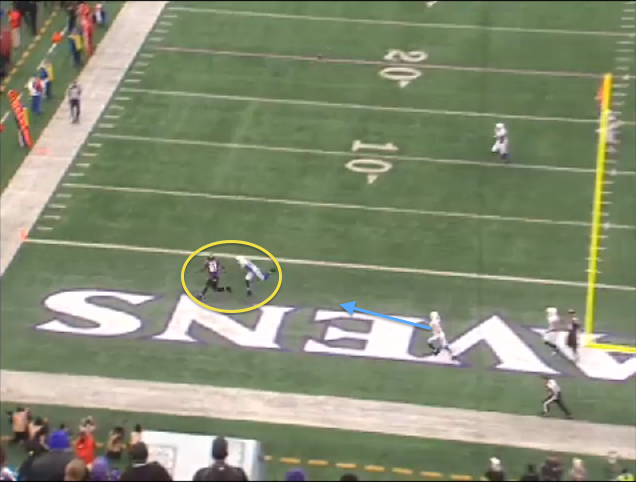 Quick end zone view with Boldin breaking to the 7 cut. What stands out? The separation and the Colts’ DB struggling to get back “in-phase’ (on the hip) vs. Boldin with the ball in the air. 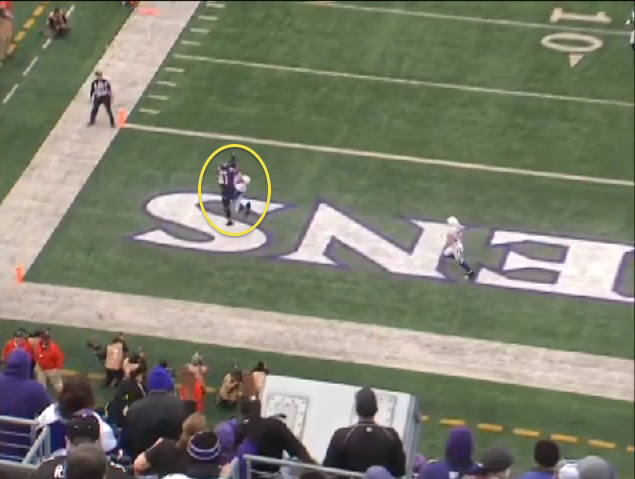 Another strong finish for Boldin. And that's why I’m really interested to see how the 49ers match up to the Ravens’ WR once the ball crosses the 20-yard line this Sunday. Remember, Boldin aligns in the slot for a reason down in the red zone: to get the ball.