Let’s go back and take a look at the Week 13 NFL action. Five winners, five losers from the Sunday action.

Click here for my game notes from the early Sunday kickoffs.

Click here for my game notes from the late Sunday kickoffs.

1. Troy Polamalu: It takes a big 4th quarter play in the Steelers-Ravens series to come out on top. Polamalu gets the sack and the strip of QB Joe Flacco that sets up Ben Roethlisberger and the offense to go in for the win. Pittsburgh uses six-man pressure and the Ravens slide the protection away from the Steelers’ safety. As a free runner off of the edge, the first goal is to get the ball on the ground before the QB can hit the hot read to the slant or in the flat. Polamalu makes a huge play on the national stage in a game that was filled with fundamentals, hitting and great defensive football. Doesn’t get bigger than that in the AFC North. 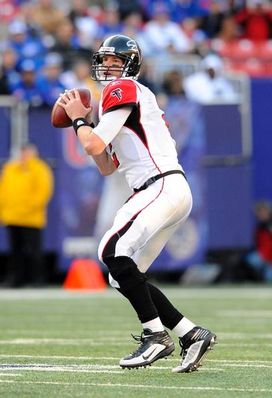 ICONRyan made the plays in the 4th quarter down in Tampa to move to 10-2.

2. The Falcons: Winning divisional matchups on the road are a challenge—and the games usually play out with personnel being the difference. Let’s check out two big plays in crucial situations for the 10-2 Falcons. Start with Matt Ryan. Atlanta uses the sprint action out of the stack look and Ryan hits WR Michael Jenkins on the deep out cut for the go ahead score. Pressure throw in a pressure situation. Come back to the defense to seal the win. CB Brent Grimes jumps the out route vs. Mike Williams and steps in front of a Josh Freeman pass. Perfect technique for a CB playing off-man coverage. Plant and drive on the receiver and make a play. Ryan wasn’t perfect and this defense gave up some points on Sunday. But when the game counted, Atlanta made the plays that we are talking about this morning.

3. Maurice Jones-Drew: A career high 181-yards on 31 carries in the 17-6 win over Tennessee. If the Jags are going to hold onto their lead in the AFC South, their entire game plan will feature MJD. We don’t need to talk about his game, because you know what you are going to get every Sunday—a combination of power and great vision in the open field. Jacksonville—as a team—finished with 53 rushing attempts, and if they continue to get good QB play from David Garrard we will be watching them in the post season. But, it starts with MJD. We don’t see as many true No.1 backs like this in the league that carry the entire offense.

4. The Raiders’ game plan: This is what I want to see from Oakland. It is basic—but it sells. Use Darren McFadden (19-97-1TD) and Michael Bush (23-95-1TD) in the downhill power game and grind the clock. Oakland held the ball for almost 40 minutes and physically whipped the San Diego front seven. Go to the quarterback position. Jason Campbell makes some plays with his feet and completes 10 of 16 passes for 117-yards and a TD. This is the type of football we saw from Tom Cable’s club earlier in November when we started talking playoffs with the Raiders. Now, let’s see if they can hold this style for the next four weeks—because they are still in the AFC West race.

5. Drew Brees: The Saints’ QB throws for 313-yards on 24-29 passing with 2 TDs and an INT, but let’s focus on what he did to win a game on the final drive for the second straight week on the road. Start with the deep post vs. the Bengals’ Cover 2 to Robert Meachem. A tight split by the WR with a ball thrown away from the safety playing on top of the numbers to the middle of the field. Somehow gets the Bengals to jump on a 4th down play (with no intention of snapping the ball), and then hits Marques Colston on a back shoulder fade to give New Orleans the lead. This is what you expect from Pro Bowl QBs when you need a drive to win a game.

1. Peyton Manning: We are going to hear plenty on the Colts this week. But when you have no production in the running game and a defense that looks soft against physical football teams, the entire game plan falls on the QB. Manning threw for 365-yards and 2 TDs—but the 4 INTs (11 over the last three weeks) are what should be discussed. He looks uncomfortable in the pocket, and despite the same route schemes we have seen for years in Indy, he is making careless mistakes with the football. The Colts have four weeks to catch the Jags (plus one more head-to-head matchup) and I don’t see them getting back into the playoffs unless Manning gets some help—because he is struggling like I have never seen before. 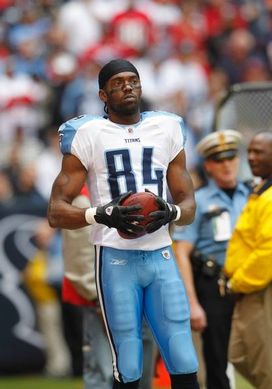 ICONMoss caught one pass for 13-yards in the Titans' fifth straight loss.

2. Randy Moss: Where is the Titans’ WR? I will admit that I was dead wrong about Moss heading down to Nashville to play for Tennessee. Instead of production and an overwhelming deep threat, Moss has been a complete no show. In the loss to the Jags, the WR catches one pass for 13-yards. I understand that there are quarterback issues for the Titans, but that doesn’t stop Moss from being able to run a 9 (fade) route or a post route vs. a CB or a Cover 2 safety. The Titans have gone from a 5-2 club that I saw as a real contender in the AFC South to a team that is going to play out the schedule and start making offseason vacation plans. And Moss hasn’t made a positive impact.

3. The Bengals: Start with the offsides penalty on 4th down that we discussed above. You know as a defensive player when the offense starts to shift, motion, audible, etc. just sit easy in your stance. It is all a cheap side act to get what they want—a penalty to extend the drive. Even when Carson Palmer got the ball back after the Brees' TD, we saw another example of poor clock management that sends the Bengals to a 2-10 record. That is bad football—again.

4. Chad Henne: The Dolphins have a running game that can win football games. We saw that last week in the win out at Oakland, but that doesn’t happen with inconsistent QB play. Maybe I expected too much from Chad Henne down in Miami this season, but the turnovers and the poor decision-making are obvious. The Dolphins’ QB throws 3 INTs on 16-32 passing in the loss to the Browns—with a crucial 4th quarter pick that sets up the winning Cleveland FG. Those are the plays that make me question Henne's developmental stage at this point in his career. Can’t make those mistakes and win ball games.

5. The Cardinals’ QB play: We are seeing why the Cards will have to invest in the quarterback position this offseason. Played three quarterbacks in the 19-6 loss to the Rams, and collectively, they went 11-29 for 119-yards and 2 INTs. That’s not good enough in the NFL. You don’t need 300-yard passers each week to win, but there has to be one player who can control the offense, the game plan and establish some sense of tempo. Arizona doesn’t have that, and I am starting to wonder how bad Matt Leinart looked on tape to Ken Whisenhunt this summer—because the quarterback position in Arizona has hurt this team all season.

Check back to the NFP later today for my Jets-Patriots pregame notes.