Looking ahead to the Week 17 schedule in the NFL, here are the three Sunday NFC matchups I'm focused on. Let’s talk scheme, some personnel and break these down. 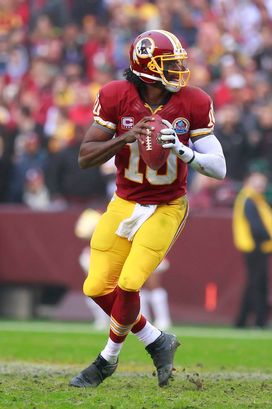 US PRESSWIRERG3 and the Redskins can look to target the top of the Cowboys' secondary with play action schemes.

1. RG3 vs. Cowboys’ safeties: Think eye discipline here. Yes, I know this sounds elementary when we talk about basic run/pass keys at the pro level. But if the Cowboys want to limit Griffin and the Redskins’ offense it has to start with the ability of the safeties to read High-Hat (pass) vs. Low-Hat (run). I expect the ‘Skins to set up this Dallas secondary early with the Read Option out of the Pistol look just as they did in their previous matchup on Thanksgiving. And if Griffin can force those safeties to stick their eyes in the backfield (Cover 4 reads) or take a step to the line of scrimmage, there will be deep ball opportunities on the post and seam. For Dallas safeties Danny McCray and Gerald Sensabaugh, this game will be a test. And with the NFC East title on the line, you can’t afford to give up a free one over the top. Trust what you see and play ball.

2. Adrian Peterson vs. Packers’ run defense: In their first matchup this season, Peterson rushed for 210-yards in a loss to the Packers and now needs 208-yards to break Eric Dickerson’s single season record (2,105). Can he get it on Sunday? That’s a big number. But in a matchup the Vikings need to land a spot in the playoffs, why wouldn’t Minnesota run the game plan through A.P.? You will see the Lead Open, Power O, G-Lead, the Zone, etc. These are downhill schemes from the Vikings in both one and two-back alignments. From the perspective of the Packers, focus on the defensive front seven, gap control and tackling with their second level defenders. Going back to that first matchup, Green Bay did not tackle on the edge of the defense or square-up in the open field. But if the Packers want to lock up the No.2 seed in the NFC (and grab a first-round bye), it will come down to base fundamentals vs. the league’s top back.

3. Calvin Johnson vs. Charles Tillman: The Bears’ CB limited Johnson back in October (3 receptions for 34-yards) in Chicago’s single-high safety defenses: Cover 1, Cover 3 (3-deep, 4-under) and pressure (both zone and man). Tillman was physical on the release, played the ball at the point of attack and matched Johnson down the field on vertical concepts. On Sunday, Tillman has to play for the 9 (fade) route, the deep dig (sqaure-in), skinny post, underneath crosser (Hi-Lo combination) and prevent Johnson from creating separation. Plus, don’t forget about Cover 2. If the Bears start to lean on their 2-deep shell, Tillman must re-route Johnson on the release and sink to protect the deep half safeties on a possible 7 cut (corner route). Let’s see what Tillman can do vs. Johnson in a must-win game for the Bears.