Looking ahead to the Sunday NFL schedule, here are five matchups I am focused on—starting with Brady and the Patriots heading west to take on Pete Carroll’s defense in Seattle. 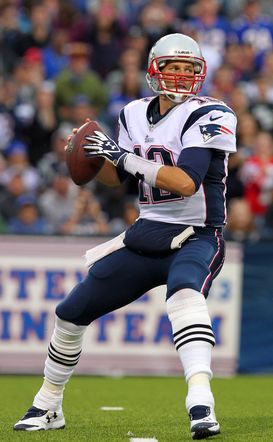 US PRESSWIREWill the Seahawks have an answer for Brady and the Patriots' up-tempo offense?

1. Brady, Patriots vs. Seahawks’ defense: Can the Seattle defense handle the Patriots’ balanced game plan and Brady’s up tempo-style? Think play action here for the Pats if they can establish the run game vs. the Seattle front-seven. No question the Seahawks have enough size and length in the secondary to match up vs. New England's skill players, plus they can get home on the edge with DEs Chris Clemons and Bruce Irvin. But they will have to make some plays on the ball and protect the middle of the field in the red zone to get this one.

2. Jordy Nelson, James Jones vs. Texans: The Packers have to show more balance in the call sheet and I’m interested to see Alex Green run the ball Sunday night. However, I’m looking on the outside with Nelson and Jones vs. Houston’s press-man coverage. I expect Wade Phillips to bring some man-pressure (Both Cover 1 and Cover 0). And to beat press, the Green Bay wide outs have to win at the line, get into the route stem and create some separation for QB Aaron Rodgers. This is a game the Packers need to avoid a 2-4 start.

3. Victor Cruz vs. 49ers’ secondary: Slot alignments. That’s where Cruz makes his money. Think 3rd downs, option routes, Hi-Lo concepts, the stack releases plus the inside vertical seam vs. pressure. Cruz is at his best when he work inside of the numbers and beat defenders based on their initial leverage. The Niners have to take that away and challenge with the Giants’ WR on the release. Does that role fall on the shoulders of Carlos Rogers? I hope so—because that’s a matchup I want to see.

4. DeMarco Murray vs. Ravens’ front-seven: The Ravens were beat up last week in the run game vs. Jamal Charles and the Chiefs. No other way to say it. Baltimore needs more production from the defensive front (and Ray Lewis) along much better tackling from their secondary. From the perspective of the Cowboys, why not feature Murray early? Run the Lead Open, the Power O and go after this Ravens’ defense with 2-Back downhill runs. If you get production up front QB Tony Romo has much more to work with in 3rd down situations.

5. RGIII vs. Vikings’ Cover 2: I’m expecting Griffin to play on Sunday after taking reps in practice this week and vs. Minnesota and he should see plenty of Cover 2. That’s how I would game plan the rookie. Keep the pocket contained with a four-man rush and drop seven into coverage with their eyes on the QB. Find out if RGIII wants to throw the deep 7 cut (corner) route and work the middle of the field. And if the ‘Skins continue to run Zone Read, Speed Option, etc. put a helmet on the QB. The Vikings are 4-1 and they are playing good defensive football. Let’s see how Griffin responds.