What are the toughest run schemes to defend?

Click here for my playbook breakdown on the base NFL run game.

Last week, I talked about the three toughest routes to defend in the NFL passing game, but let's not forget about the importance (and the value) of running the football. Today, let’s take a look three run schemes that will give defenses issues. 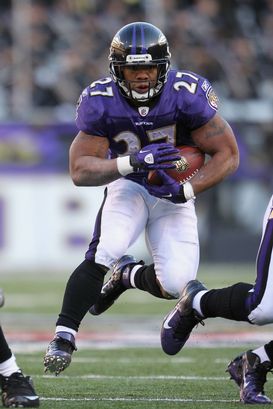 US PRESSWIREBaltimore's Ray Rice is the type of back that will produce in the 'Stretch' scheme.

1. Power O: If you can’t defend the Power O in crucial game situations (3rd and short, red zone, 4-minute), you won’t survive in this league. It’s really that simple from my perspective. Run out of a 2-back look, the Power O is one of the first schemes installed during training camp. Kick out with the FB and pull the open (or weak) side guard up through the hole. It is downhill, violent at the point of attack and it challenges opposing defenses to fill with their second level defenders and use proper technique taking on blocks. I love this scheme because it isn’t complex. Line up and set your pads—on both sides of the ball. Bottom line: run the Power O with production and you will win football games at any level.

2. Stretch (Outside Zone): Think of the one-back Stretch (Or Stretch “G”) with Arian Foster, Chris Johnson, Ray Rice, Darren Sproles, etc. Align the RB at a depth of 8-yards, use zone blocking up front (also called the “Outside Zone”) and give the ball carrier options. Press the edge of the defense; get upfield or cutback vs. pursuit. Backs that have vision and are “one-cut” runners can make a living off of this scheme because it caters to their abilities. And vs. defenses that over-pursue on the initial run action, the cut back lanes are open all day long. You better have disciplined backside defenders if you want to limi the Stretch scheme.

3. Crack Toss: Align in a bunch formation, crack down inside at the snap, pull the front side guard and lead with the FB. As I talked about in my Saints-Cardinals notes from the Hall of Fame game, gaps move on the toss crack and DBs begin to panic on where they fit in their run support. Plus, if you don’t have CBs that are willing to cut the legs of the pulling guard or create a pile at the point of attack, you lose contain and give up the edge. This is a train wreck of bodies when played right from a defensive perspective, but one poor fit from the second level and we are looking at an explosive play.