What can we learn from Brandon Carr's INT?

When studying defensive backs on tape, I always focus on technique and scheme. Where are their eyes? What about footwork, leverage, angle, etc.? And how do splits and formations impact their production? Whether it is a DB making a play or getting beat over the top, there is always something to learn when you watch the tape.

Going back to Brandon Carr’s INT vs. Ben Roethlisberger and the Steelers in OT, I see three keys that allowed the Cowboys’ CB to make a big time play. Let’s go to the All-22 cut-ups and take a look at Carr matched up vs. Mike Wallace. 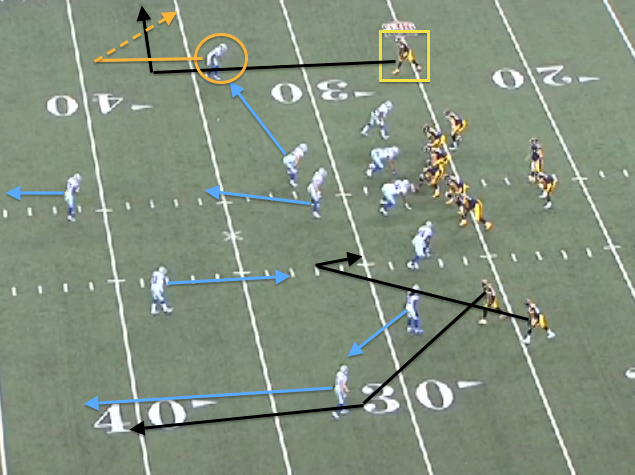 Always check the splits of the WRs when you break the huddle—because they tell you a story. Here, Wallace is aligned at the bottom of the numbers. With the ball on the near hash, that is a pre-snap key to play for the Out cut. By shortening his split, Wallace is trying to create room to run an outside breaking concept. And with the Cowboys playing “3 Buzz” (Cover 3 with the safety dropping to the middle hook), Carr is going to matchup vs. Wallace playing the outside 1/3 from an off-man position (7-8 yards). 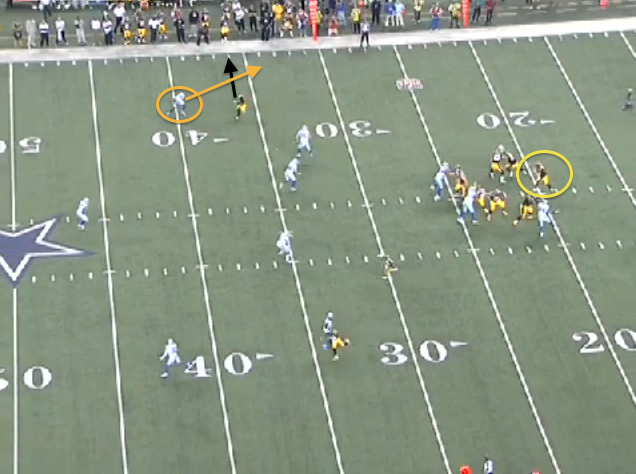 Outside of the 3-step passing game (slant, hitch, smash, etc.), every route breaks between a depth of 12-15 yards (another reason not to bite on the double move). Carr shows patience and tempo throughout his backpedal and maintains his cushion (distance between DB and WR). This allows Carr to play though the vertical stem of the route, open his hips (zone turn) and create an angle to drive the outside breaking cut. Remember, you don’t want the WR to press your cushion up the field. That forces you to open and run vs. an intermediate route. Maintain that cushion and don’t let the WR create separation through the stem. 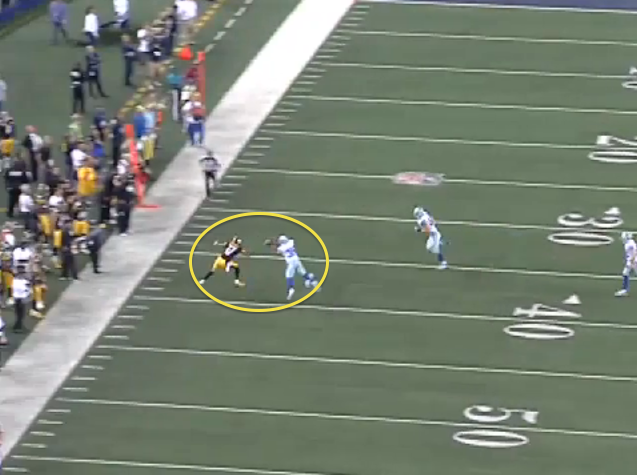 Smooth. That’s what I see from Carr and his ability to transition to the football. Because Carr is open to the QB, he has to flip the hips, plant and drive on the throw. No false steps or wasted movement. And when Roethlisberger leaves this ball slightly to the inside, Carr breaks at a 45-degree angle to finish the play.