What can we learn from Foles' game winner?

When I watch tape throughout the week there are always a handful of plays that would be ideal for a coaching clinic. Think of opportunities to talk technique, scheme, alignments, formations, etc. One of those plays coming off the Week 14 NFL schedule was Nick Foles’ game winning TD pass to Jeremy Maclin that gave the Eagles their first win in months down in Tampa.

Using the All-22 cut ups, let’s break this down, talk some coaching points and focus on the Flat-7 route off of sprint action. 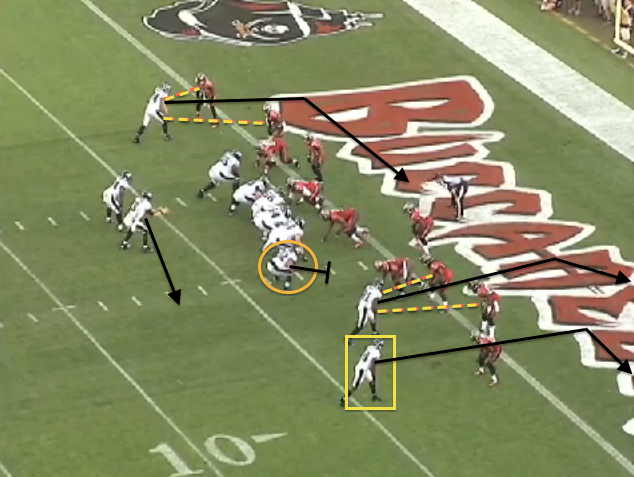 - What is the Eagles’ “Gotta Have It Play?” From a defensive perspective, you have to know your opponent—especially in crucial game situations. In Andy Reid’s playbook that means a Hi-Lo combination (Hi-Lo Crossers, Hi-Lo Opposite, Hi-Lo Triple-In) or the Sprint game (Flat-7/Flat-Curl).

- Two pre-snap keys to look at. With an “Exchange” alignment (No.2 on the ball), this is an automatic alert to the Flat-7 (corner) concept with the slot WR on the 7 cut. And don’t forget about the TE (orange). The Eagles will use an off-set back in a “chowed’ alignment (outside leg of the tackle) to seal the edge in the sprint game, but here they set the TE off the ball to replace the RB in protection. It might seem small, but these two keys can give you a jump on the play when you have to get a stop and win the game.

- I’m calling this “Combo-Man” from the Bucs because of the “bracket” looks. To the open (weak) side of the formation, Tampa is using a “cut” call vs. the X receiver with a “slice” vs. the slot. Think 2-on-1 coverage. Smart call when you want to take the slot out of the play, however that leaves the closed (strong) side CB in a “solo” technique: man-to-man with no help. 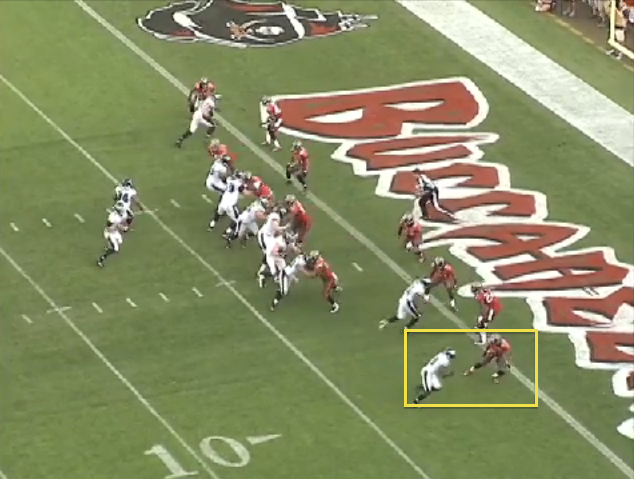 - The closed side CB is already beat vs. Maclin. Why? Look at his hips. When you open your hips in a press-alignment at the snap (called “opening the gate”), the WR can work off your leverage with a free release. It isn’t easy to get a jam vs. a WR that is off the ball, but if you slide your feet and mirror the release you can still impact the initial stem with a re-route. 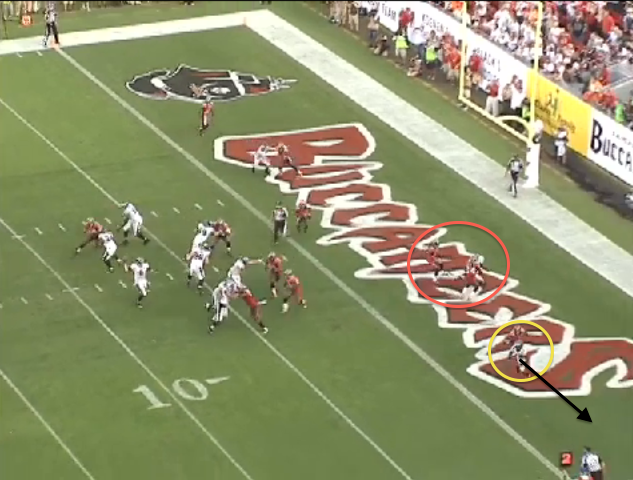 - Because the CB opened his hips on the release, Maclin can now use a short vertical stem, lean into the DB and then break back to the boundary. And with the Eagles moving the pocket to get Foles on the edge, the rookie QB has a clear throwing lane to target his WR. 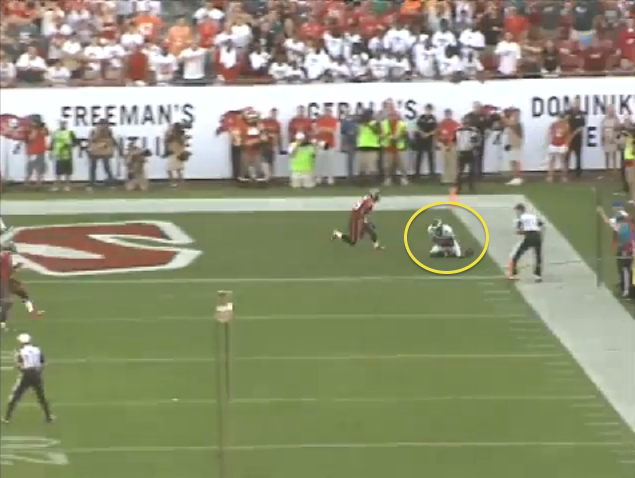 - The Eagles have exactly what they want: a WR running an outside breaking concept vs. a CB playing with inside leverage. Get the ball out, secure the catch and get on the plane with a win.

What did we learn?

As a DB in this situation, you have to look for pre-snap keys. Think opponent, personnel, alignment and formation before you even get into your stance. The Eagles under Reid have been running the same concepts for a decade and the routes don’t change. Sure, they will add some window dressing to disguise a base concept, but when you see a Doubles Slot formation (with No.2 on the ball), the antenna has to go up. After that? Rely on your technique and play football.