When do you throw the 'sight adjust?'

What is a “sight adjust” read? Think of the one-step slant or “smoke” route (WR turns to the QB at the snap). Regardless of the play called in the huddle, the QB will give the WR a signal (grab the facemask, tap the hip, etc.) when he sees a large “cushion” (distance between CB and WR) outside of the numbers.

Using some All-22 cut-ups form the Falcons-Saints matchup, let’s take a look at Drew Brees’ TD pass to Marques Colston on the sight-adjust read (one-step slant). 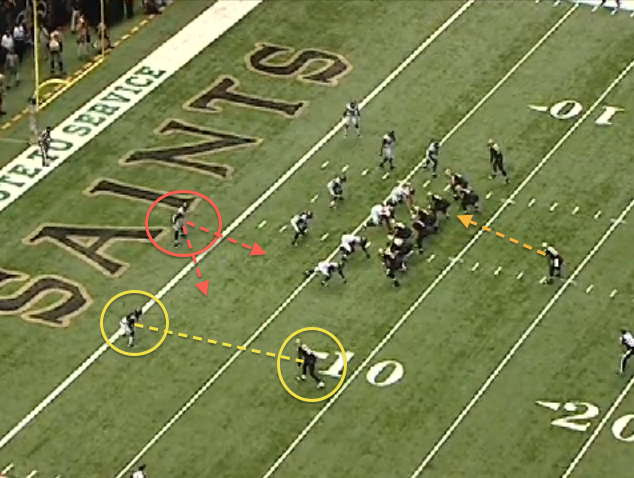 -What do the Saints have called in the huddle? I’m seeing a closed (strong) side run on the film with the “Low-Hat” release of the O-Line (run read).

-Look at the cushion Falcons’ CB Dunta Robinson is giving to Colston here. Even if Robinson plays with a “flat-foot” read (no backpedal, read through the 3-step), the Saints' WR has room to release inside and run the slant.

-The free safety isn’t going to make a play on the slant. That’s red zone football. The field shrinks and the ball comes out too quickly. 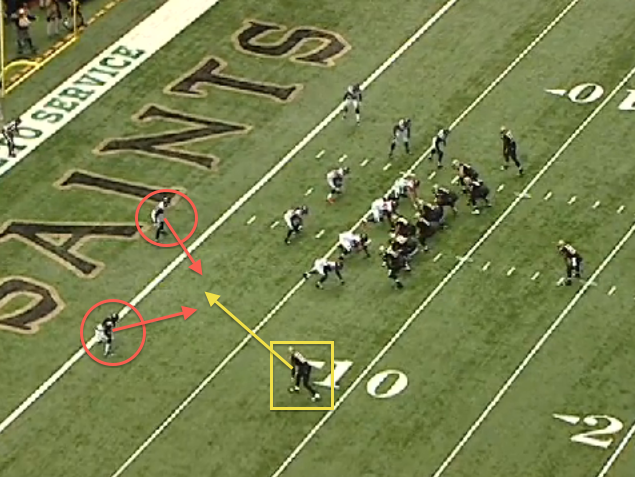 -Both Robinson and the FS will break on the throw with downhill angles, but this is automatic for the Saints. Again, go back to the cushion and the free release for Colston off the line of scrimmage. That’s why you throw the sight adjust. 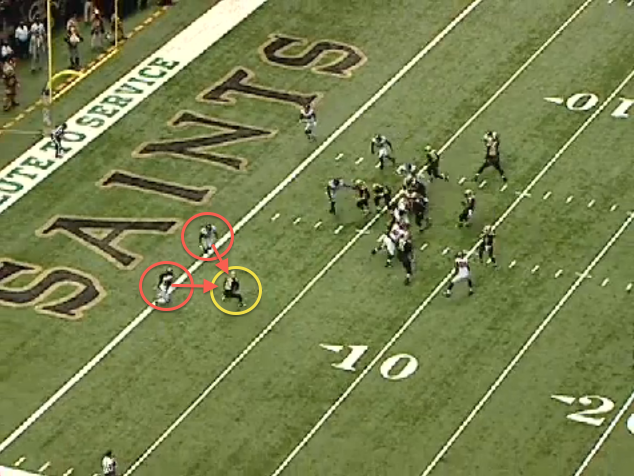 - Make the tackle. Brees recognized the pre-snap alignment of the Falcons and threw the slant. Hey, it happens. But you still have to drive to the up field shoulder of the WR and get him on the ground. 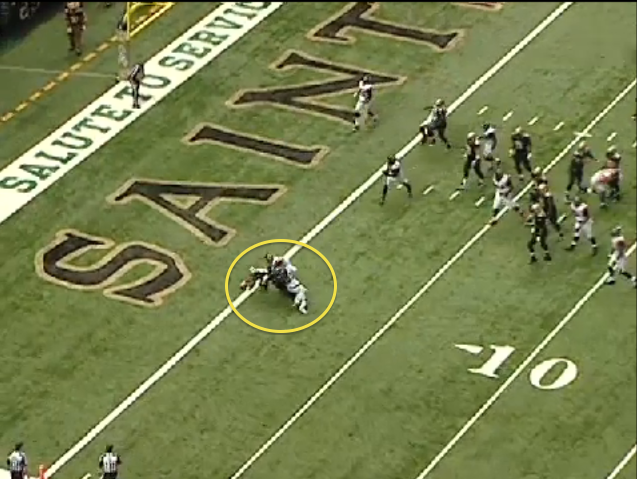 - The finish on the TD from Colston. What does the Saints’ WR do here? He spins to the outside after the catch (don't assume the WR will turn up the field), breaks a tackle and sticks the ball across the goal line.

- Understand what your alignment means as a DB vs. a sight adjust read. Play off? Expect the slant or the “smoke.” Play press? You have to prep for the fade. Remember, NFL QBs are going to look outside and check your pre-snap alignment for a reason.