Why is Sanchez struggling?

Mark Sanchez threw three INTs vs. the Cardinals this past Sunday before being sent to the bench by head coach Rex Ryan. But what did the Jets’ QB see when he turned on the tape? Let’s take a look at some All-22 cut-ups and focus on two of Sanchez’s INTs to get a better idea of why the veteran is struggling to produce. 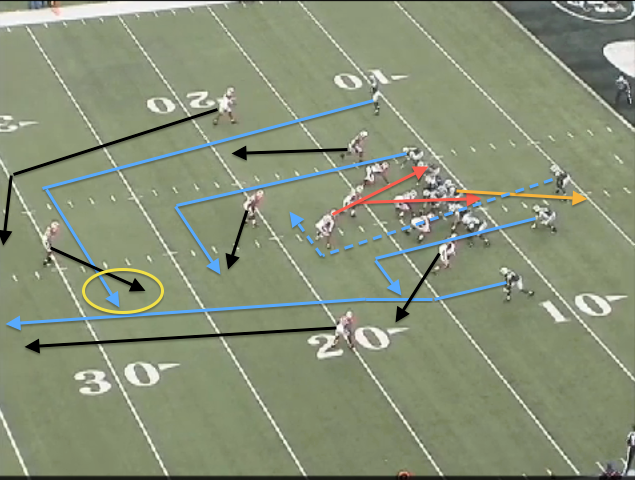 - Open (weak) side play action with both WRs aligned inside of the numbers (false run key). The Jets want to target the Double Dig (square-in) out of Regular personnel (2WR-1TE-2RB) to the closed (strong) side with the deep skinny post to the open side. Both backs will check-release off the run fake to give Sanchez an underneath option.

- Five-man zone pressure from the Cardinals. That’s standard across the league to rush five and drop six (3-deep, 3-under). The CBs play a “Fire Zone Outside 1/3” with the FS in the deep middle of the field. The SS drops to the “middle hook” and matches to the TE on the intermediate Dig with the FS (Kerry Rhodes) driving the deep Dig. 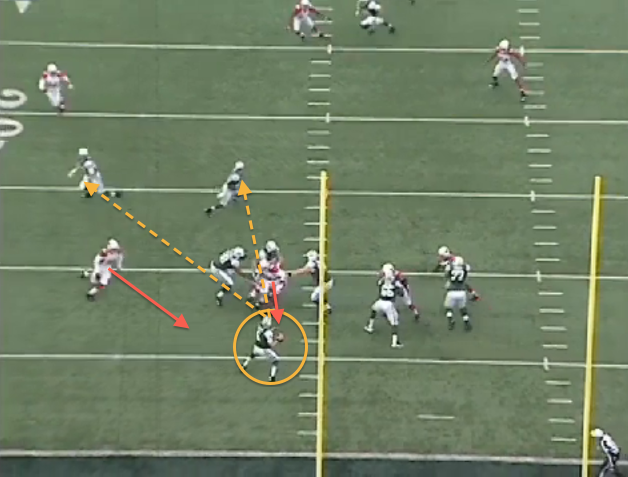 - Sanchez has to get rid of the ball. The QB has pressure at his feet and on the edge. With the SS matching to the TE and Rhodes in a position to jump the deep dig, Sanchez can dump this ball to the R or F and live to see another down. If it's not there, don’t force the throw. Take what the defense gives you and move on. 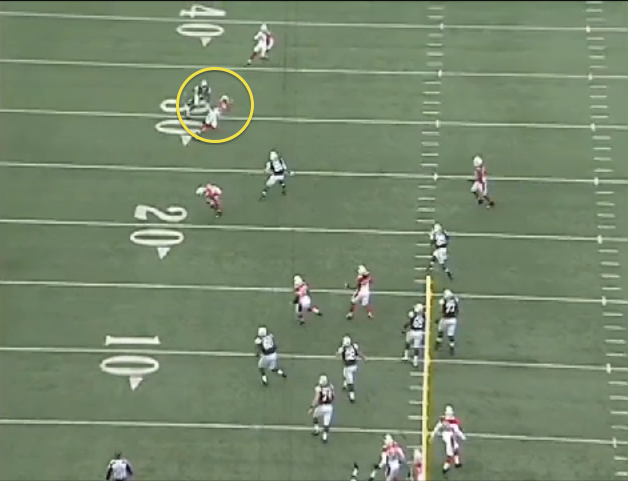 - Instead of taking the check down option, Sanchez throws this ball off his back foot vs. pressure and it hangs in the air. Poor decision from the QB and this allows Rhodes to break in front of the receiver to make the INT. That’s not a veteran throw or a veteran decision. 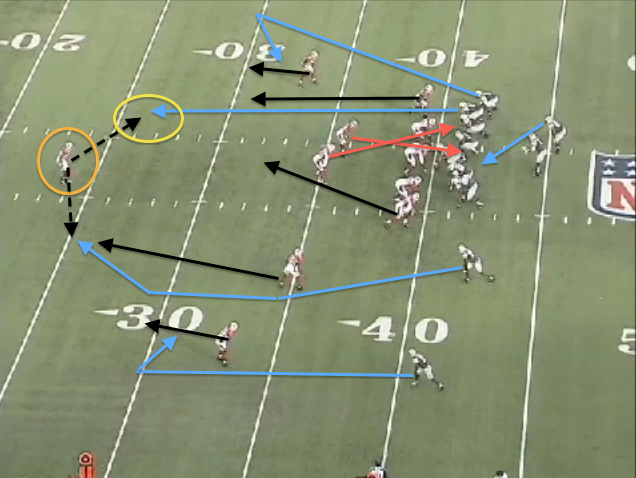 - Quick play action out of the gun with Ace personnel (2WR-2TE-1RB) on the field to run the Smash-Seam. With a Big Wing alignment (two tight ends in a wing set), the Jets will test the inside vertical seams and try to put some stress on the FS (Rhodes) in the middle of the field.

- Another zone pressure (rush five, drop six) with the OLB playing the “middle hook” and the SS carrying No.2 to the open side as the “seam-flat” player. Rhodes will get some depth in his drop, read the QB and break at an angle that puts him in a position to make a play. 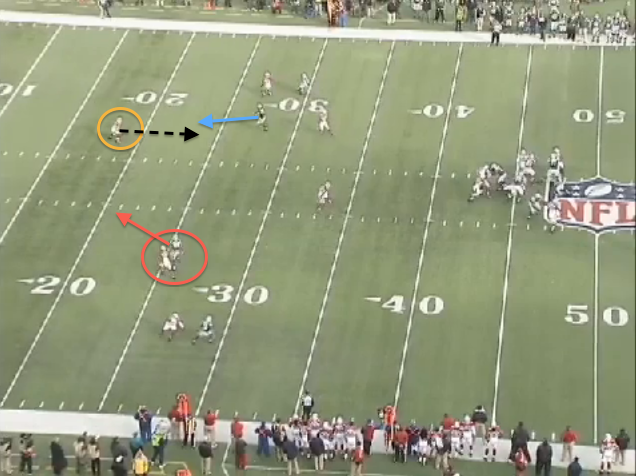 - Sanchez has to move the FS or at least hold him in the middle of the field. If you are going to run inside seam routes vs. any single high look (Cover 1, Cover 3, Zone pressure, etc.), the QB has to create a throwing lane. Here, Rhodes is breaking to the TE on the seam before Sanchez even let’s go of the ball. The open side seam? Sanchez didn’t see it because he was focused on targeting the TE. 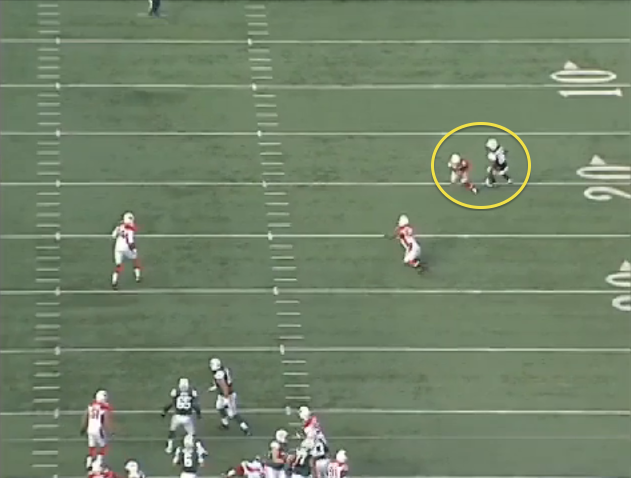 - Too easy for the Cardinals’ safety. Rhodes can break in the front of this ball to finish the play. Again, we are talking about poor decision making with the Jets’ QB.

What's next for Sanchez?

As an NFL player, this is why you get in the film room on Mondays. Get on the tape, make the corrections, adjust your technique and play better football. With Sanchez, there are footwork issues to correct in the tape I have looked at, but it still comes down to making veteran decisions with the football. And with Rex giving him another shot, let’s see if the QB has made the necessary adjustments after his last performance.