Will the Giants' safeties produce vs. Brady, Pats?

As I start to look deeper into the matchups on the field in Super Bowl XLVI, I can’t help but focus on the safety position for the Giants. How do both Antrel Rolle and Kenny Phillips matchup to Tom Brady and the Patriots’ offensive schemes?

Today, let’s breakdown three things we have to see from the New York safeties on Sunday night in Indy for the Giants to bring home a ring. 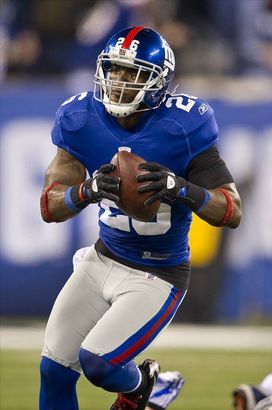 ICONThe Giants need to see production from Rolle and Phillips to beat the Patriots in Super Bowl XLVI.

1. Cover 1 and Blitz man (Cover 0): Even with the injury to Rob Gronkowski, you are going to hear about the matchup of the Patriots’ TEs and the Giants’ safeties all the way up until kickoff. Understandable after seeing Rolle and Phillips give up plays in the vertical game to the 49ers’ Vernon Davis in the NFC Championship. New England will use multiple alignments for their TEs, work routes that break back to the middle of the field and target the inside seam up the hash marks when they have man-coverage. Rolle and Phillips need to maintain their leverage, use their help and drive on the ball in pressure situations. Think technique here when trying to limit the TE position in New England to play the dig (square-in), seam, option (work away from defender’s initial leverage) and 7 (corner).

2. Cover 2, 2-Man responsibilities: With the pressure Osi Umenyiora, Justin Tuck, Jason Pierre-Paul, etc. can generate up front, I would expect Giants’ DC Perry Fewell to play some Cover 2 and even some 2-Man (two-deep, man-under). Rush four and drop seven into coverage. Brady and the Pats will throw the base Cover 2 beaters (Flat-7, 4-Verticals, OVS, etc.) but don’t let that discount the importance of the Giants’ safeties reading route stems and staying on their landmarks (top of the numbers). Rolle and Phillips can’t chase routes, jump an intermediate dig or stick their eyes in the backfield. Instead, read the release of No.1 (run-pass key for a Cover 2 safety) and play with depth. Make Brady take the check down by playing disciplined football in the deep half—and don’t give away a free shot down the field.

3. Open field tackling: This sounds too simple to talk about tackling at the safety position, but we have to understand the Patriots’ route tree. Brady wants to throw the option to Hernandez, the inside Smash route to Wes Welker and the dig to Gronkowski. Why? This forces the secondary to tackle. And limiting yards after the catch falls on the safeties. Take good angles from a middle of the field alignment (Cover 1, Cover 3, Zone Blitz), run the “alley” in Cover 2 and wrap up vs. a run game from the Patriots’ that can produce. To beat New England, you can't allow Brady to dump the ball underneath and consistently move the sticks because of poor tackling from your safeties.

Stay with the NFP all week for more Super Bowl XLVI breakdowns.