Will the San Francisco 49ers become the first team since the 1993 Buffalo Bills to make it back to the Super Bowl the year after losing the NFL’s championship game? Can Peyton Manning and John Fox bounce back after last January’s heartbreaking loss to the Baltimore Ravens? Which team will emerge from the darkness to surprise the country with a trip to the postseason?

Six of our writers answer that and more in the National Football Post’s 2013 Super Bowl predictions. 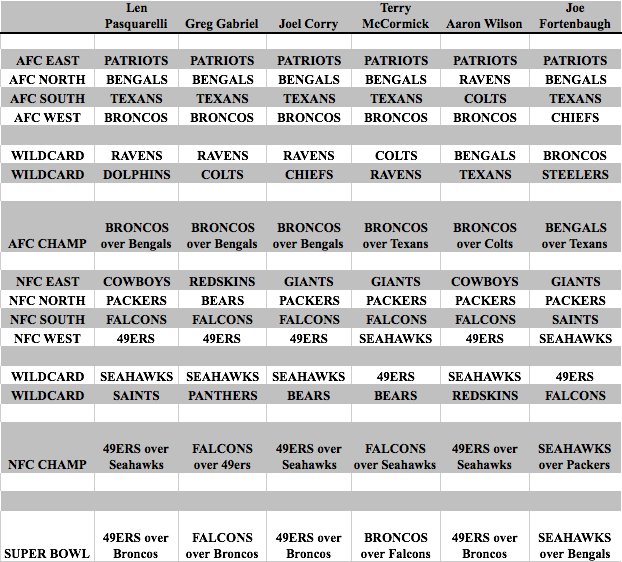 Aaron Wilson
Aaron Wilson covers the NFL for National Football Post, his second stint at the Post. He has previously written for Pro Football Talk and FOX Sports-Scout. Entering his 13th year covering the Baltimore Ravens, he's a beat writer for The Baltimore Sun. Wilson has also covered the Jacksonville Jaguars and Tennessee Titans.