In this week’s edition of Draft Talk, the NFP is joined by… 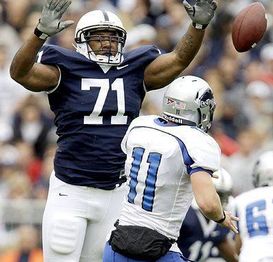 ICONIs Still the right pick for Denver in round one?

The five discuss the biggest moves in free agency and how they might affect the NFL draft. Plus, we dive into the Denver Broncos post Peyton Manning signing and breakdown which direction they could go in round one.

Draft Talk will be published weekly on Tuesday evenings at 7:00 PM ET with a new group of draftniks on each week now until draft day.