How I spent my lockout-imposed vacation

My appreciation for fantasy football -- the world's most addictive Web-based sports entity that's currently not part of an FBI seizure -- has hardly wavered during the NFL lockout, but that's not to say my patience and tolerance for all things pro football haven't been tested in the last eight months. For every missed opportunity to discuss free agency, minicamps and the subsequent mock drafts in fantasy publications, there's been ample time to speculate on labor issues, legal fees and the collective playing fates of Plaxico Burress, Tiki Barber, Terrell Owens and even supplemental draftee-to-be Terrelle Pryor.

But now that we're seemingly on the verge of a CBA resolution between the NFL owners and players, it's time to refocus on the season ahead and unleash the fantasy guru within -- you know, that previously sheltered inner being who no longer cares that… 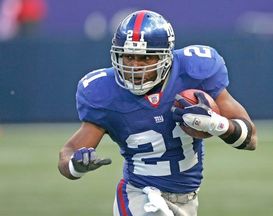 ICONThe return of Tiki Barber will be interesting to watch.

*At the ripen age of 36 and after a four-season hiatus, Barber covets a situational-back role with a contending team.

*The 33-year-old Burress spent a good chunk of his 'free time' in prison running routes with fellow inmates.

*Brady Quinn clamors for a legitimate opportunity to win the starting QB job in Denver.

The above names may be catnip to Web editors ... but in fantasyland, none will likely play a prominent role in your quest for a fantasy championship. Unlike Ryan Williams, Aaron Hernandez and Steve Johnson.

So, with a renewed focus on the fantasy stars of today and tomorrow, let's get rolling on our debut column with the National Football Post.

I've got a good news/bad news proposition for those holding the No. 1 or 2 overall picks in standard-scoring fantasy drafts: On the positive, you absolutely cannot fail with your choice at the top, barring injury. On the negative side, the guy/gal holding the No. 6 pick has a 50-50 chance of ultimately landing the better player.

For those who believe that championship teams are built with running backs, say hello to The Big Six for 2011: Adrian Peterson (1,298 rushing yards, 12 TDs last year), Chris Johnson (one season removed from 2,509 total yards), Arian Foster (last season's NFL rushing champ), LeSean McCoy (this year's Foster?), Ray Rice (a PPR dynamo and double-digit TD threat) and my man-crush for three years running, Jamaal Charles. Each back possesses the capacity for 2,000 total yards and/or 14 touchdowns ... and yet, it's impossible to gauge which one is the dominant workhorse right now. Simply put, if you were to throw the names of the six players in a hat and draw a random order 20 times, for each conclusion, there'd be no wrong answer; consequently, every outcome would be right, as well.

That isn't to say each frog prince doesn't come without warts: How would Peterson (Christian Ponder) and/or Johnson (Jake Locker) succeed with heralded, yet traditionally shaky rookie QBs getting at least 12 starts? Is Foster due for an unavoidable letdown after last year's unexpected magic (2,220 total yards, 18 TDs)? How can McCoy dominate the fantasy scene in Philly ... while sharing the real-world spotlight with QB Michael Vick, TE Brent Celek and receivers DeSean Jackson and Jeremy Maclin? And shouldn't Charles start at least 50 percent of Chiefs games before ruling the top of fantasy draft boards?

Hmmmm, that last comment about J-Charles seems a little nitpicky. After all, who cares if a healthy lock for 1,600 rushing yards, 55 catches and 9-plus touchdowns gets his name called in pregame introductions?

On June 23, a group of fantasy experts (Tony Holm, John Tuvey, Matt Schauf, Allie Fontana, Jason Sarney, among others) stared the treacherous Lockout Beast in the face and executed a 16-round mock draft for Points Per Reception leagues -- an unenviable task given the inordinate number of question marks at wide receiver right now. Here's a rundown of my team (No. 6 pick):

Round 1: RB Ray Rice, Ravens (you can't go wrong with any of the Big Six) 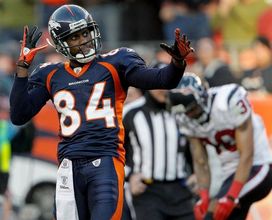 Round 6: WR Percy Harvin, Vikings (a healthy cinch for 75 catches/6 TDs, regardless of Minny's QB)

Round 8: WR Malcom Floyd, Chargers (a stronger fantasy asset if he signs with the Pats this summer)

Round 9: RB Pierre Thomas, Saints (may have to fill Reggie Bush's PPR shoes this season)

Round 10: WR Hines Ward, Steelers (easily the best No. 6 receiver of any team in this league)

Round 11: RB Reggie Bush, Saints (could be PPR gold if he lands with another team, like Miami)

Round 12: RB DeMarco Murray, Cowboys (could be a starting tailback by October)

Round 15: TE Dustin Keller, Jets (outside of Gates/Witten/Davis, I'm tempted to wait until Round 15 to grab a tight end in all 12-teamers) 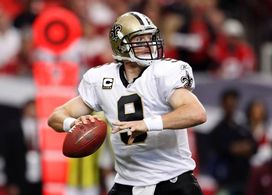 ICONBrees and the Saints are ready to make another run at the Vince Lombardi trophy. 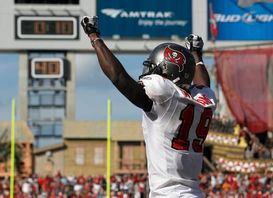 ICONHow will Mike Williams follow up his breakout rookie season?

In Case You're Wondering ...

Before You Dismiss Chad Henne ...

Keep in mind that Henne, despite a pitiful 15-to-19 TD/INT ratio and 10 games with zero or one TD pass, was only one of six quarterbacks (Peyton Manning, Matt Schaub, Carson Palmer, Mark Sanchez, Ryan Fitzpatrick) to attempt 44 or more passes in at least three games last season. That figure is bolstered by Henne (32.6 pass attempts in 15 starts) and the Dolphins incurring only four blowout losses in 2010 (nine points or more).

As my halcyon days with Sports Illustrated would attest, I'm available to answer your fantasy-related questions or Tweets, night and day. And as part of that process, I'll be posting the best questions in this space for every Friday column -- all the way into the fantasy-playoff days of late December. So feel free to reach me, via Twitter.

For those with plans on drafting Tony Romo and Ben Roethlisberger with consecutive picks -- say Rounds 5 and 6 -- here's a week-to-week breakdown of which star shall shine brighter on any given Sunday: 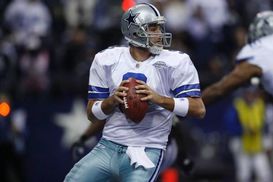 ICONRomo's back from a season-ending injury and is ready to lead a loaded Dallas offense.

Week 9 -- Romo (vs. Seattle) over Roethlisberger (vs. Baltimore)

Week 16 -- Romo (vs. Philadelphia) over Roethlisberger (vs. St. Louis)

Here are the 32 wideouts to reach the century mark in receiving targets last year. It goes without saying: If you're seeking quality choices for Points Per Reception league drafts, bookmark this link as part of that preparation: 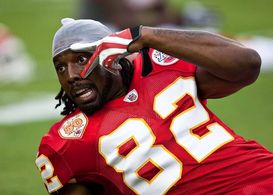 Will Dwayne Bowe continue to build on last year's momentum?

DeSean Jackson may be one of the NFL's most dynamic talents with the ball in his hands ... but it's important to note that he was only targeted 6.85 times in 14 games last season. To wit, PPR owners might want to think twice about grabbing D-Jax before Round 4 -- especially if Wes Welker, Danny Amendola, Pierre Garcon, Percy Harvin or Jeremy Maclin are still on the board.

It's never too early to speculate on my top 25 tight ends for 2011, the one position with virtually zero lockout uncertainty: 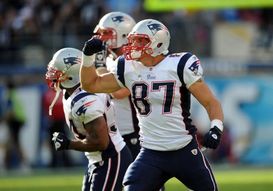