Looking at the Cardinals as they head into the draft, they will have some options to target an upgrade on the O-Line at No.13 or to address the defensive side of the ball. With the possibility of targeting a WR later in the draft, here are the prospects that we see best fit the Arizona roster. 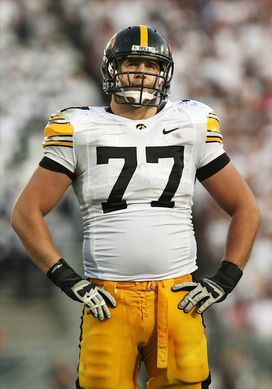 Riley Reiff OT, Iowa: Showcases the ability to bend with good foot quickness and range in pass protection. Also displays an explosive element to his game as a run blocker. Needs to be more consistent with his footwork and would like to see him develop a bit more as a puncher in order to keep himself clean. Nevertheless, has the athleticism, flexibility and pedigree to mature into a solid starting left tackle in the NFL.

Mike Adams OT, Ohio State He's a talented kid with a big frame, long arms and natural movement skills. He can bend and if he can put it all together and continue to improve his footwork he could certainly mature into a starting caliber left tackle in the NFL.

Alameda Ta'amu DT, Washington: This is the kind of guy who has the ability to anchor the middle of an NFL defense in either a 3-4 or 4-3 front. Needs to do a better job finding the football, but overall he looks like a starter who you eventually will be able to win with in the NFL.

Brandon Thompson DT, Clemson: A guy who should be able to come in and be a lineman who can win inside vs. the run game. Looks a bit limited as a pass rusher, but will be able to push the pocket and threaten gaps off the ball. A starting caliber 43 nose inside.

Nick Toon WR, Wisconsin: I like his size, short area quickness and ability to adjust to the football. Isn't a guy who is going to create consistently down the field, but knows how to gain enough separation, pluck and create after the catch. Looks like a guy who can play on the outside as a legit number two wide out running the inward breaking routes with some time, but isn't ever going to be a dynamic playmaker.

DeVier Posey WR, Ohio State: Possesses some natural talent and can make plays down the field and track the football. However, he's raw as a route runner, puts the ball on the ground and will have a tough time vs. press in the NFL. Doesn't look like much more than an occasional big play threat that needs to work inside at the next level.

Miles Burris OLB, San Diego State: A nasty, hard working football player who displays good instincts, a great motor and a lot of explosive elements to his game. At worst, Burris is a stud special teams guy with the ability to start at the next level. He can play either inside or out as well.

Sammy Brown OLB, Houston: A highly productive pass rusher who has come a long way since being a JUCO transfer. Has a feel for getting after the passer, exhibits a good burst and closing speed around the edge and is an intriguing 34-type prospect.