Looking at the Chargers heading into this week’s NFL Draft, there are opportunities to upgrade the roster at the offensive tackle position and by adding a rush linebacker in the 3-4 front. Along with possibilities at safety and DE, here are the prospects we feel best fit the Chargers. 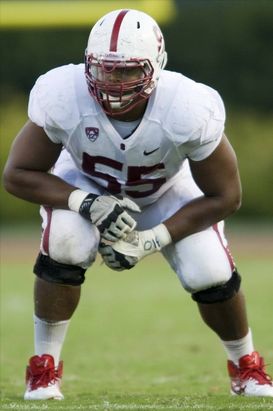 Riley Reiff OT, Iowa: Showcases the ability to bend with good foot quickness and range in pass protection. Also displays an explosive element to his game as a run blocker. Needs to be more consistent with his footwork and would like to see him develop a bit more as a puncher in order to keep himself clean. Nevertheless, has the athleticism, flexibility and pedigree to mature into a solid starting left tackle in the NFL.

Nick Perry OLB, Southern California: Exhibits the first step to be a threat off the edge, however struggles to drop his pad level when flattening out. Plus, he doesn't have much of a counter to his game at this point. Nevertheless, has some obvious talent and is a guy you would expect to start as a rush backer in a 34 scheme and be a productive threat off the edge.

Bruce Irvin OLB, West Virginia: A gifted athlete who has the initial burst to routinely reach the edge. However, lacks ideal size and doesn't have a real sophisticated pass rushing repertoire. Is going to make the move to a 34 OLB at the next level and might need a little time. Reminds me some of the Chris Clemons.

Brandon Taylor FS, LSU: He can tackle in the box and in space, despite being a bit inconsistent at times. Displays some natural coverage ability and looks capable of maturing into tweener starter/nickel safety at the next level.

George Iloka SS, Boise State: Iloka is a tall kid with solid balance for his size and has some natural athleticism and pop. Has experience playing corner and being a physical press coverage man. However, he isn't a guy who can quickly re-direct and close on the football in the deep half. He needs to play with his hands on defenders, but is a more coordinated bigger safety than say Seahawks starter Kam Chancellor and he could start at the next level.

Jack Crawford DE, Penn State: A big, strong defensive end prospect who still has some upside to his game. But won't be able to take that next step until he learns to play with a more consistent pad level. A size prospect worth developing long term.

Derek Wolfe DE, Cincinnati: A high motor, hard working kid who finds the football and uses his length to make plays. Doesn't have the anchor to play inside in a 43 front at the next level. However, as a two gap five-technique in a 34 he's got the skill set to fight for playing time in a rotation and create some negative plays vs. the run.