Without a first round pick (2011 trade to move up for Mark Ingram) and the loss of this year’s second round pick (due to league discipline), the Saints won’t be on the clock until the 89th overall selection. Let’s take a look at the prospects that could fit in New Orleans as the club tries to make some upgrades to the defensive front seven. 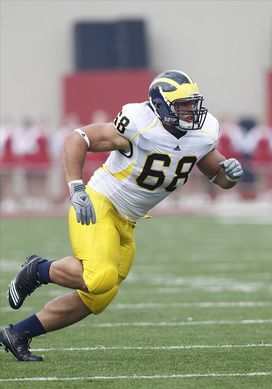 Alameda Ta'amu DT, Washington: This is the kind of guy who has the ability to anchor the middle of an NFL defense in either a 3-4 or 4-3 front. Needs to do a better job finding the football, but overall he looks like a starter who you eventually will be able to win with in the NFL.

Mike Martin DT, Michigan: The kind of prospect you don't want to bet against. Is limited and doesn't have the kind of frame to get all that bigger, but I can see him working his way into a rotation as a 43 nose in the NFL and being the kind of guy coaches love.