Money vs. a better chance of continued success

It’s always amazed me how fans decide that teams should just spend money, commenting, “The owner’s a billionaire!” The team is raking it in so why not spend more on players? Or, the owner is making X with his other company, so who cares what he spends?

These comments are typically made with no real knowledge of how much money the team actually makes, or the fact that most people do not typically run a profitable business to supplement another business, and without regard to the owner’s money as anything but monopoly money. “Hey, it’s not my money, so who cares? I just want my team to win!”

I made a comment on twitter a few days ago about LeBron James asking for a max contract. As a free agent, that is his right, and I have no problems with it if that is what he wants. There are many different people in this world brought up many different ways, so there really is no right or wrong answer. The point I was getting at on Twitter was, why? Why, in an industry where you have a limited amount of time to be great—and in this specific instance speaking about a player who makes considerable more off the court in endorsements than what he will make on it—why care about a max contract? 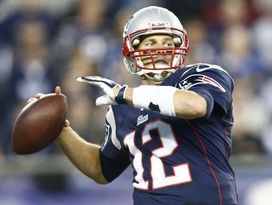 Brady has repeatedly given up more money for a better chance of winning the Super Bowl.

My point is this: If LeBron takes $17 million this year instead of his max (close to $20.7 million), yes, he is giving up almost $4 million (a considerable amount). However, as James’ endorsements are estimated at roughly $40 million per year, if you assume he decided to make a total of $57 million this year instead of $60 million, it’s a five percent pay reduction off of what would be his total compensation. Is five percent really that big of a deal compared to giving yourself a better chance of achieving other goals and your overall happiness?

If, as has been stated, LeBron is more interested in making sure the roster is better around him, then the best way to do that is to take a little bit less with the assurance that the money not taken will be spent on other talent in an attempt to make the roster better. Patriots quarterback Tom Brady has been doing this for years and he makes considerable less total money than LeBron does. But then again, it’s a question of what’s most important to that specific person. I’m not here to tell you what LeBron should or should not do, that’s for him to decide for himself. I can only tell you what I would do in a similar situation, and what I have seen other players do, that placed importance on giving themselves the best opportunity to win consistently.

I have had this conversation with multiple agents over the years and although they wouldn’t want to be quoted saying it, most agree that at a certain point, the money becomes secondary, whether the player gets $14 million in one place or $16 million in the other. Agents will typically tell the player that they should go to the place they are more comfortable with because the extra money really isn’t worth what is lost in terms of happiness.

Think of it in your own life: You like your job and are happy you make a salary of X (let’s say $57,000 for this purpose). Is it worth going to a place that you know nothing about, that you don’t have the same sense or knowledge of if they are a good organization, for an extra $3,000? Because that would be roughly five percent. For me, it’s not worth it. I’ve made this decision multiple times in my life and my personal belief is that if you are happy, the money will come. But chasing every last dollar isn’t the best way to happiness. I’m not saying that if you can’t feed your family and that an extra $3,000 will make a huge difference (which for some it does) that you shouldn’t do what’s in the best interest of your family, because your family should always come first. But if you aren’t in that situation, the question is why do something that contradicts your quoted goals for a few more bucks?

Ari Nissim worked with the New York Jets from 2006 through 2013, six as Director of Football Administration; In addition he interned at the NFL League office and worked at Athletic Resource Management Sports Agency, and currently teaches in the NYU Sports Management Program.