1. (1) Green Bay Packers (13-0): The final three opponents for Green Bay: at Kansas City, Chicago, Detroit. We like their chances of running the table.

2. (2) Pittsburgh Steelers: (10-3): Could the Steelers be without both Ben Roethlisberger and James Harrison as they head to San Fran on Monday night? 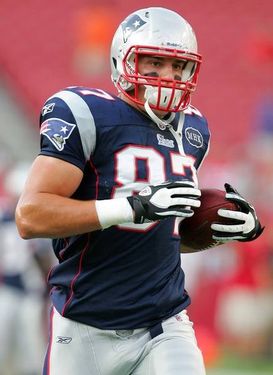 ICONGronkowski continues to dominate NFL defenses in the red zone.

5. (6) New England Patriots (10-3): Until someone figures out how to stop Rob Gronkowski in the red zone the Patriots will continue to produce points.

6. (5) San Francisco 49ers (10-3): Alex Smith struggled and the Niners ran into a hot Cardinals team, but we still like Harbaugh’s club heading into the post season.