If you have two bucks laying around then sign up for this week’s NFP/FanDuel Fantasy challenge for a shot at the $1,000 prize pool.

It's easy and you can select up to three rosters in the Week 6 challenge. So go ahead and scout the matchups, load up your squad and try to win some cash while competing against the NFP’s Matt Bowen. 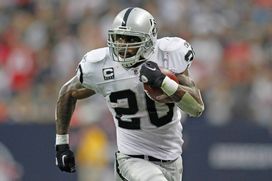 US PRESSWIREBowen is rolling with Raiders' RB Darren McFadden this week.

Let’s check out Bowen’s roster for this week…

Think you can put together a solid lineup to win some cash?