This always is a bittersweet week in the NFL for coaches, front office people and players.

The weeks of late June and early July are the only on the calendar in which the NFL takes a breath. This is the first week in a long, sometimes grueling grind, and a time to say goodbye to family, friends and the relaxed pace of summer vacation. Though more teams are holding training camp at home, 15 NFL teams still pack up and leave.

But everyone is excited to get back to work. These men treasure the opportunity to compete against the best and to be a part of something so grand. Optimism runs rampant. Every team in the league believes it is improved and has a chance to do something special, and can’t wait to prove it. And it all begins now. It’s off to training camp.

*The Eagles quarterback who has caused the most offseason buzz in the building is not Kevin Kolb. And it’s not Michael Vick, either. It’s Mike Kafka, the team’s fourth-round pick out of Northwestern. Philly offensive coordinator Marty Mornhinweg tells me Kafka has been “on fire” in offseason practices, and praised him for his quick decisions. He said Kafka has been one of the most accurate rookie passers in the offseason that he ever has seen. Sounds like this kid has an outstanding chance to develop into a starter in that top-notch Eagles system. 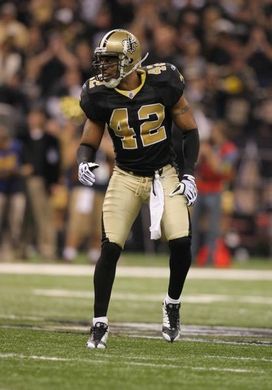 *Saints coaches are putting safety Darren Sharper on a “pitch count” at the start of camp in order to see how much Sharper’s knee can handle after microfracture surgery four months ago. They intend to have him practice only once a day, and keep him off artificial surfaces as much as possible early on. They also will be monitoring Sharper’s weight closely to make sure he doesn’t get too heavy. Last year he got below 210 pounds, and the results were excellent. It’s even more important Sharper stays light this year.

*The way NFL teams distribute medications to players could be changing as a result of a pharmaceutical company that was improperly filling prescriptions for the Chargers, as well as many other teams. I’ve been told it’s commonplace for team doctors to load up the meds in their little black bags so they are ready for anything. But the problem is it’s illegal to possess and travel with those meds without prescriptions. So the process of getting prescription medication to players could be getting a lot more complicated in the near future.

*New Jets defensive line coach Mark Carrier sees a little Terrell Suggs in Vernon Gholston. The Jets are converting Gholston, who has yet to record his first sack, to defensive end this year. The former sixth pick in the draft has bounced around between linebacker and defensive end previously, but Carrier told me he thinks Gholston can thrive if he can hone in on one position. Gholston is bulking up to 270 after playing ten pounds lighter, and he’s trying to play with more power. In order to better understand how his skills fit the position, Gholston has been watching tape of Suggs.

The best sites for training camp in my book:

1. Napa Valley, CA. This may be the best site for anything. The Raiders stay at a nice hotel. It doesn’t get as hot here as it does in many camps. And there is plenty to do after the air horn sounds — including sampling the local specialty.

2. Flagstaff, AZ. The Cardinals’ summer home, on the Northern Arizona campus, sits 7,000 feet above sea level, so the temperatures are very pleasant, much cooler than what most people think Arizona might be like in August. The area is beautiful, with tall pines providing the backdrop. There are plenty of outdoor activities (the Grand Canyon is a little more than an hour away), and the city’s downtown section offers some nice diversions.

3. Green Bay, WI. There is no fan experience quite like going to a Packers training camp practice. Before and after, the Packers’ atrium is open for a bite and a swig at Curly’s Pub, which offers the same fare players are served (well, minus the draft beer). Fans also can tour the Packers Hall of Fame or tour Lambeau Field. Before and after practice, Packers and young fans mingle in a decades-old tradition when players ride kids’ bikes back to the locker room — with the kids sitting on the handlebars.

4. Latrobe, PA. The campus at St. Vincent’s provides an old-school training camp backdrop for the Steelers to hone their old-school football style. With monks walking the campus, it feels like a land time forgot. The area is picturesque and quaint, and Steelers fans come here in droves.

5. San Antonio, TX. The Cowboys start out here before jetting to Oxnard, CA. The Alamodome is a unique environment for training camp, but it works for this team. The team stays in a downtown hotel on the River Walk, and fans can experience culture and history as well as America’s Team.

6. Flowery Branch, GA. This is a better site for the Falcons than it is for visitors. But it really is outstanding for the team. Players have everything they need in one spot, including condos where everyone stays. 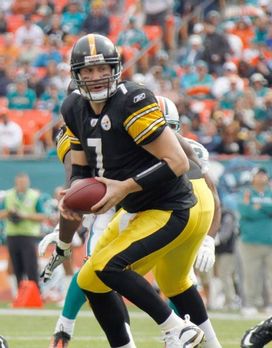 Should Steelers fans be in a state of panic because Ben Roethlisberger will be suspended for the first four to six games of the season? Well, the numbers say they should definitely be nervous.

The Steelers have struggled without Roethlisberger before. In the last six games he has missed, which spans four years, they were 3-3.

Byron Leftwich is expected to replace Roethlisberger. In his last six starts, which spanned four years and three teams, he did not win a single game.

And really, backup quarterbacks should be expected to struggle. Last year teams that started a player other than their primary quarterback won only 26 percent of the time (17-48). What’s more, only two backups had winning records. One of them, Carolina’s Matt Moore, now is a starter.

So let’s say Roethlisberger misses six games (Falcons, Ravens and Browns at home, Titans, Bucs and Dolphins on the road). Best case scenario is probably a 3-3 record. Of the 21 teams that have started out 3-3 over the last three years, 57 percent failed to make the playoffs.

The Steelers might be different because they have an unusual circumstance. But there is no doubt that missing Roethlisberger for four to six games could be a precursor to missing the playoffs.

Scout talk: What’s on the street

As camps are opening, a number of quality veterans still are on the street. Based on conversations with personnel men, these players are the best of what’s left.

These players likely all will be snapped up by the end of preseason when injuries start to hit or disappointments start to sink in.

Age and/or injury is a factor with most of these players. Westbrook may never be the back he once was, but he can help a team that needs a second back.

ICONTerrell Owens can still play, but who will roll the dice on the WR?

If T.O. were three years younger and 100 decibels lower, he’d already have a job. As it is, some of these others might find work ahead of him.

This is one of the leanest positions. Good luck if your team has a tight end injury.

These players, with the possible exception of Andrews (who is a wild card), should not be unemployed long. The demand for good tackles always exceeds the supply.

Medical concerns aside, these players have the ability to start for a number of teams.

Mawae may be 39, but he carried a starter’s grade last year. He’ll probably end up being a starter again this year. 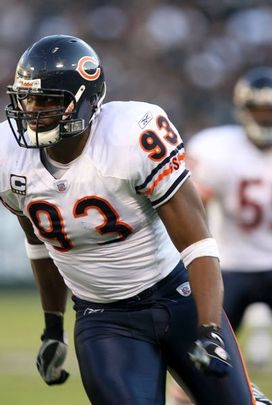 This position easily has the most to offer, and it’s difficult to figure considering pass rushers are always at a premium. Most of these players should be employed quickly, as Bobby McCray re-signing with the Saints last week and Marques Douglas jumping to the Dolphins were the first defensive end dominos to fall.

In this thin group, one player — Griffin — clearly stands out. Teams in need of a defensive tackle might be better off waiting to see who is cut.

This position already has been picked over. Developmental players might be better options.

High mileage is what has kept these players on the street. Some teams could be looking for a veteran presence at some point, however.