A disturbing trend could be emerging

As the signing of draft picks escalates to a frenzied pace like we’ve never seen before, an interesting trend began to unfold on Wednesday.

Agents for first-round picks are asking teams to shave money from later rounds to fatten the dollars for the high picks. It is too early to know if it will happen but if it does, we could see history repeat itself. 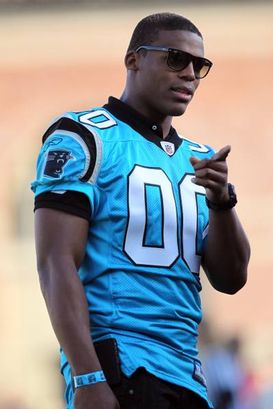 ICONThe contracts of the top first rounders may shed light on what the future of the new CBA will bring.

Here is what’s unfolding from my vantage point as I work to get my own players signed and I talk to others in the business. In a race to get draft deals done as quickly as possible it looks like most clubs are offering maximum but vanilla deals equivalent to the exact amount that was allocated for each particular draft slot. However, agents representing high first-round draft picks are asking cap managers to steal and shave money from later picks to fatten their contracts. Therefore, teams have to make a decision to either stay firm on the dollars allocated to each specific slot or steal from Peter (rounds 2-7) to pay Paul (round 1).

If only one team does a deal in the first round where they do use dollars from later round selections it might slow up the signing process for all picks because every agent representing a first-rounder will want the same treatment. Conversely, agents for later-round picks expect to maximize the allocation for their respective slots.

I spoke to representatives from four teams Wednesday who told me they are staying firm by applying the specific slot allocation dollars to their respective draft picks. However, one NFC East team I spoke to is doing some shaving from the bottom round for the top round but it’s very minimal. Even if it’s minimal, it could impact the way we see the dollars fall in the coming days.

The impact of moving money from lower draft slots to higher slots is significant because it could start a trend that will exponentially grow each year as agents work to top previous years' deals.

This is exactly what happened in 1993 when the Drew Bledsoe-Patriots deal got done at the expense of later picks, as well as the three second-round picks New England owned. So much was taken from the three second-rounders that all three had to hold out until an unorthodox method was created to treat the picks fairly.

Theoretically, if this trend continues, in eight to ten years from now, the top-10 picks will again see significant growth as they did over the term of the last CBA. We could end right back up where we started from with huge guaranteed money going to rookies if there is significant migration of dollars from rounds 2-7 used to fatten round 1 slots.

Stay tuned. This will be interesting to follow, especially for the players and agents at the top of round one.