Majority of highest-rated players on the take

A very prominent, well-educated, successful NBA agent once told me “that if you want to represent first-round picks, the best of the best, you better be ready to get your hands dirty. That goes for any sport.” I think his hands are dirty.

During a presentation in July 2001 to a Big Ten player and eventual 2002 first-round pick, I was asked by the brother of the player for $10,000. This took place while the player excused himself to go to the bathroom. The brother explained to me that was his fee for helping his brother train. It was explained to me that after I pay him, then I had to take care of his brother. Needless to say, I declined the proposal. The agent that signed him had, and still has, a reputation for paying players.

I once had the mother of a Big 12 player who I was aggressively recruiting call me in tears the summer before the player’s senior year to ask me for money because her car was being repossessed and her home being foreclosed on. I then called the player to tell him about the phone call. His response was this, “If you take care of her now, I will definitely sign with you.” I passed on the offer.

Every agent who is going after top talent in any sport has many stories like these. 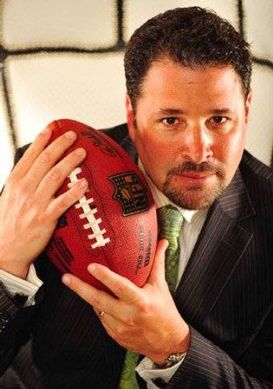 After reading the Josh Luchs story at SI.com, I was curious as to how many top rated juniors and seniors are currently on the take. So I sent out ten text messages to agents that have been in the business for 10 years or more and represent over 20 players. These agents are well-known and work for high-profile agencies. All have represented multiple first-round picks.

My text read: “How many top-rated juniors and seniors (rated to be in rounds 1 & 2) do you estimate are receiving benefits from agents or financial advisors?” I got back eight responses.

One agent who has been in the business for 20 years and represents about 44 players said that he feels the average stipend to get in the door for a top 10 pick is a minimum of about $100,000.

The economic fundamentals of supply and demand are obviously at work here. Even if those agents who were paying players were cleaned out, another group would emerge to take their place.

I personally think college players should receive compensation above their scholarships. Most families of those players can hardly afford getting to bowl games while entire athletic departments get comped for the whole week. I would actually like to see players get access to resources that can help them pay for training, get a car and help out their family while still in school. I’m not certain the agent should be doing this but college players should be able to have the ability to receive financial help based on their future earnings potential or on the amount of revenue they help create for their university.

As the onion is finally being peeled on these issues, I get a sense that some changes to the system may be coming. I know that we rarely ever hear about college baseball players being suspended for NCAA agent violations. Maybe it’s because they have “advisors” (wink wink) before they ever enter college.
I want to hear some ideas and get some solutions from our readers.