Attention rookie class of 2012: According to Draftmetrics.com, 49% of you will be out of the NFL within 5 years.

Furthermore, 75% of you will have lost, spent, squandered all the money you made in your time in the league within 5 years or less of leaving the league. And for those fortunate enough to play longer, 75% of you will also have nothing to show for it within five years after your last season. The majority of you will get divorced, drink too much and suffer from several football related physical ailments.

In the wake of the suicide of Junior Seau, I am sure there will be accelerated attention focused on the emotional, fiscal, mental and physical issues and struggles of retired players. Even though no one really knows (yet anyway) what demons possessed Junior, there is a theory by those who were close to him that all the issues facing retired players may have collectively contributed to his personal struggles. However, we may never know this to be fact. Regardless, it should stand as a red flag that retired players have not and are not being prepared for life without the game. 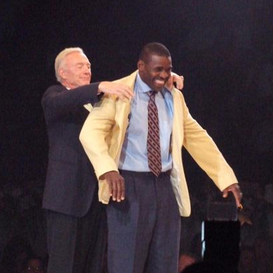 Although the NFL and the Players Association, along with individual owners, have implemented numerous programs and undertaken efforts to educate and prepare players for a normal life after football, nothing seems to be working. That being said, the agents, the financial advisors, family of players, mentors of players, coaches of players, and all those providing counsel or services for players have also failed the majority.

Is it the job of the NFL and its owners to provide enhanced programs and services to prepare players for a healthy life after their careers end? Is it the Players Association's job? Is the agents’ job? Should coaches, who spend the most time with the players, be a part of the process? Is it their job? Well, I think it’s everyone’s job! The fact is that everyone involved with NFL football is making a lot of money off the hard work, talent and physical sacrifices of the players. We are all overpaid in the industry and we don’t do enough to take better care of those who entertain us on Sunday playing the country’s most popular sport.

So what more can we do and where do we start?

1) The league should make year round life skills classes and programs mandatory for the first three years of a player’s career. Treat these programs like team meetings or drug testing. Have them structured throughout the year and especially in the offseason. If a player misses a class, he gets fined or suspended. The fact is that most players don’t know how to balance a checkbook let alone have the basic knowledge of investing. As one client put it to me recently while talking about investments, “Jack, you have to talk to me about this stuff like I am a fifth grader”.

One of the biggest issues retired players face is going broke. Going broke leads to other issues which leads to embarrassment, depression and then potentially to substance abuse and excessive drinking. Let’s break the cycle by being more proactive in the front end of the players’ careers.

Note to league: The rookie symposium is a joke amongst the players. Yes, some players learn a few important things but overall it’s not having an impact.