Being an agent gives me a front row seat into the interests, hobbies, habits and routines of my clients. I remember in the late eighties I heard about creatine being used as a muscle-building supplement before it was ever sold to the general public. The use of hyperbaric chambers was another trend I witnessed when one of my clients asked me to do research for him about 9 years ago. We’ve seen breathe right nose clips come and go. Coconut water seemed to be the big craze just a few years ago.

So I checked in with a few trainers, clients and other agents and this is what we are seeing as some new NFL trends:

Regenokine shots: It’s my understanding that only a small handful of doctors across the country are licensed, certified and/or trained in delivering these yet unproven injections. I did have one client take them last year for his aching knee and he said he definitely felt better after the shots. I understand more NFL players are getting these shots for knee and joint issues. Only time will tell if the $9,000 cost per joint is worth it, and if they really do work. 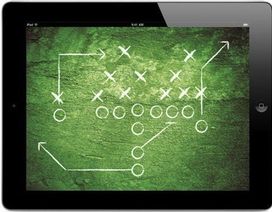 Don't forget to charge it!

In addition to Regenokine, platelet rich plasma (PRP) therapy is also growing in popularity. Like Regenokine, PRP therapy involves spinning the patient’s blood, but instead of anti-inflammatories, PRP therapy reaches for the platelets. After a wound occurs, platelets not only dam up to stop our bleeding, they also secrete chemicals that induce the wound to heal. It’s common place now for NFL players to get these shots from their team ortho.

Keiser fitness equipment: Over the last twenty years NFL strength and conditioning coaches have been continuously moving away from heavy free-weight lifting. Although Keiser has been around for 30 years, they are being taken more serious by NFL trainers.

I witnessed my clients using Keiser equipment for the first time this year in preparing for the NFL Combine. They work by using air pressure with buttons placed on the handles so your thumbs can decrease or increase the resistance as your reps go higher. It reduces stress on the joints while building muscle endurance. In addition, it can digitally keep track of your performance. Expect to see these machines making their way into NFL weight rooms if they haven’t already. Top training centers like Athletes Performance and Fitness Quest 10 are now using these machines in their facilities.

Yoga: Although many players are already taking yoga, more and more are using it in the off-season to unwind their bodies. We already know some teams like the Broncos have hired full-time instructors in the past but the players seem to be embracing it on their own, even the big guys. I introduce yoga to my rookies each year and they have all embraced it as a serious part of their training.

Axon Sports Lab neuro-cognitive technologies: Under the new CBA, NFL coaches have less on field time with their players so any cerebral or visual work is becoming that much more important. The brains at Axon have devised a read and react system for QB’s, offensive lineman and defenses players. I demoed this machine (as an offensive lineman) recently and I was very impressed with its teaching functionality. It is my understanding the system is being used by several major college programs and was recently purchased by two NFL teams.

Playbooks installed on iPads: Say goodbye to the fat bound playbook and hello to the playbook installed iPad. Coaches can now interface with their players directly by pushing a few keys on the iPad. They can install new plays, schemes and schedules and immediately push them out to the players. One coach told me he can even monitor which of his players are studying the content.

When cut downs begin and a player hears the words, “the head coach needs to see you and bring your iPad”, it’s probably not to play a video game.

Instagram: Although most players have a twitter account, they are now migrating to the social media photo app called Instagram. It allows players such as Rob Gronkowski, Julio Jones, Vernon Davis and Reggie Bush to send pictures to a select group of followers with comments attached. Some players I spoke to are using it more for smaller circles of friends and family while shielding their content from public consumption. While others, like the ones listed here, are broadcasting their pictures to the world.