Players going broke: Who's at fault?

After watching the documentary “Broke” last night on ESPN, I got that sick feeling in my stomach that nothing is going to change for many NFL players. I do get a feeling players are becoming more aware of the trappings that lead them astray with their finances, but until there is an impactful life skills education program at an early age, the irresponsible spending, lack of fiscal discipline and the bad investments will continue.

On May 30th I wrote articled titled, “Ten reasons why NFL players go broke”. If you didn’t see “Broke” last night this article could have been an outline for the show.

The whole reason I got into the agent business is because I wanted to make a difference on the opportunity side, especially being a former financial advisor. I wanted to stay close to football and make a difference in both the on and off field picture, not just on the contract. However, when you are in the trenches with the players, our role of advisors can become full of conflicts, conundrums and liabilities. Many agents just choose to completely distance themselves from the money side and therefore can say they had absolutely no involvement when the money disappears.

In his younger days, retired client Packers CB Al Harris would get pissed at me when I questioned his spending habits. He would go weeks without talking to me if I called him out on something I thought was fiscally irresponsible. Then one day, out of the blue, he called me up just to say that he appreciated me. It was actually one of the best moments I ever had as an agent. Because after about seven years of badgering him, to a point he wanted to fire me, I finally got through, the switch went on and he reversed his bad habits in time to enjoy another seven years of prosperity. All agents walk a fine line in this area and find it tough to push too hard in fear of losing the client they worked so hard to get. 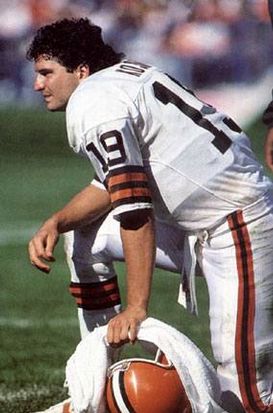 Bernie Kosar, who played 12 seasons in the NFL, declared bankruptcy in 2009.

When I give presentations to new prospective clients and talk about the pitfalls and trappings of being an NFL player, I can see the interest wane. I sense that nobody wants to hear it nor get into prevention conversations and talk about the safeguards and disciplinary mechanisms that can help a player from not going broke. They’d rather hear about combine training, what round they are going in, scouting reports and endorsements. I try to emphasize that all those things are worthless if you can’t manage the pressures of prosperity.

Here are 5 ways a player can develop good habits for NOT GOING BROKE:

1) Live like an O-Lineman – O-linemen, as a group, are the richest guys in the NFL. If you want to save your money, live like these guys.

2) Pay your own Bills – To my own estimate, 85% of all NFL players have no idea what they are spending, don’t know how to balance their checkbook and think they have 25 to 50% more than they actually have.

3) Put a “NO Man” in your corner – Where there is fame and fortune, there are plenty of “Yes" men! Find a strong CPA, CFP or mentor who is not afraid to be tough on you.

4) Take pride and have fun in being frugal and understated - HOF CB Darrell Green of the Redskins used to buy old cars like Volkswagen Beetles to get back and forth from practice. He made it fun.

5) Lose the jewelry- Big diamond studded earrings and large diamond studded watches and religious symbols are not attractive and are only appreciated by those who value material goods. They only serve as beacons for hanger-ons and are overly pretentious.

So who should take responsibility for helping athletes? Answer: Everybody!