What do the Colts, Patriots, Chargers, Ravens, Steelers, Eagles, Giants, and Saints have in common besides yearly double digit wins, Super Bowl rings and consistent playoff appearances? It's obvious, they all have franchise QB’s. With the absence of Peyton Manning this season, we all know the value of one, even though the 0-3 Colts are playing their best defense in years.

As the season progresses we are going to hear a lot from the media about Andrew Luck of the Stanford Cardinal. Luck has already been anointed as a franchise savior for any team that gets him. I actually wish that the media both big and small would leave the kid alone to enjoy what is most likely his last year of college football. However, I don’t think it will happen and I guess by writing this I am just as guilty for bringing more attention to him. 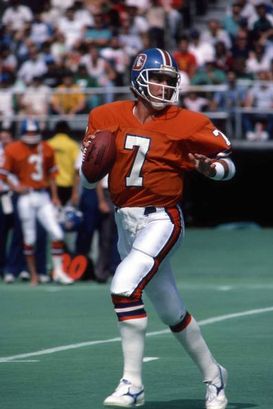 John Elway was wary of playing for the Colts, so he played the baseball card. Will Luck play the eligibility card?

As the losses pile on for some teams there will be bar room, board room and living room speculation that maybe a team or two are playing to lose in order to secure the first overall pick in 2012 to land the potential franchise QB. It’s already starting to surface as the "suck for luck" campaign and it will get even more prominent as time goes on as losses pile up.

So the basic question remains, will a team purposely position themselves to lose as many games as they can in order to land Mr. Luck?

First of all, to speculate that a team is losing on purpose so they can win the prize on draft day is a very serious allegation. One would be saying that an owner, a GM and a coach are conspiring to lose a game(s) they could probably win. Well that concept goes against the foundation of the integrity of the game and would be extremely damaging to the NFL if it did occur.

What would have to happen?

If a head coach was asked by his owner to let off the throttle and play for a loss (or losses) he would have to make some decision that would most likely come with much criticism. In todays microscope media world there isn’t much that you can slip by the watchful eye of the media or fans. If a coach did want to comply with his owner’s request he would have to make some bad personnel decisions and get ready to be embarrassed and criticized on game day. I don’t know too many coaches who would be willing to sell out and prepare for a loss. As a matter of fact, I think many NFL coaches would quit before doing such a thing.

The bottom line is it would have to be a direct order from the owner and carried out by a head coach who is most likely scared to death of that owner. Now don’t get me wrong, I know that just about every GM and HC would love to have Luck because it would most likely lead to job security for the next 10 years if he were as good as advertised. So where would they draw the line between ethics, winning now for pride versus winning for a long time to come? Call me na