Breaking in the new Cap

With a brand new Collective Bargaining Agreement (CBA) in place over the next ten years -- and no way for either side to get out of it (which got us into the mess we were in the past five months) -- it will take some time for everyone to learn some of its most important features. I have received scores of questions about what the new CBA does and doesn’t contain. With last week’s frenzy as an initial guide to how things may transpire, let’s look at some of its nuances.

Still soft after all these years

The Salary Cap (“Cap”) has been a hallmark of the NFL system since 1993 and still is. And there was never a doubt that the Cap would remain as a feature of the new system. Unlike the CBA negotiations in 2006, the NFLPA never even tried to leverage the possibility of an uncapped NFL, having seen the lack of spending in the uncapped 2010.

We hear about a “hard Cap” in labor disputes, with NBA Owners desperately trying to “harden” their Cap, even pointing to the NFL as a model. However, while thought not as “soft” as the NBA version, the NFL is still a soft cap -- a “yarmulke”, if you will.

How soft? In the last capped year, 2009, while never being “over the Cap” of $123 million, teams like the Cowboys and Raiders had cash spending of over $150 million! 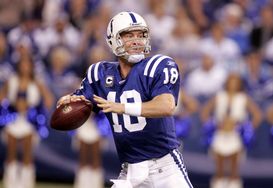 Manning signed for $90 million but lowered his Cap charge by $7 million.

A couple recent contracts negotiated from high-Cap Franchise tags show the continuing loophole for teams to drive through on Cap spending. Peyton Manning was scheduled to make a Cap and cash number of $23 million in 2011. When he negotiated his $90 million deal replacing that one-year deal, his cash in 2011 now approaches $30 million but his Cap charge was reduced to $16 million. Thus, with only one player, the Colts are spending up to $14 million more in cash over Cap!

Similarly in Pittsburgh, LaMarr Woodley was scheduled to make $10 million this season. Upon negotiation of a six-year $60 million deal to replace the tag, Woodley will now make over $18 million in 2011 yet his Cap charge is reduced to $7.7 million. Thus, on Woodley alone, the Steelers are paying cash over Cap of $10.3 million!

As an example, Charles Johnson of the Panthers received a $30 million signing bonus on a six-year deal. It is treated as $30 million for cash purposes in 2011, yet due to Cap proration of signing bonuses, only $6 million for Cap purposes in each year between 2011 and 2015 (maximum proration under the new CBA is five years, so the sixth year cannot have proration). Were Johnson to be released or traded prior to 2015, the $6 million of annual Cap charges would accelerate immediately into the then-existing Cap.

In my opinion, however, the less proration the better. I always tried to “pay as you go”, preferring high salaries and roster bonuses (not prorated) to contain Cap charges in the year of negotiation rather than building up unamortized charges into the future. More and more teams are trying to get to that consistent approach to roster management.

The proration loophole shows how the NFL Cap has remained “soft” and how teams can easily spend more cash than their Cap number. Which leads to questions about the teams that may not spend their cash or Cap....

In evaluating the new CBA and determining the “winners and losers” that we love to do, many -- including this writer -- evaluated the cash minimum spending requirements of the NFL and its teams to be important “wins” for the Players. I thought the key for the Players was to require the under-spending teams to spend up to higher floors, making the league more competitive and the players more evenly compensated.

Looking further into the details, I still think it’s a “win” for the Players, but not to the extent I had originally thought. Here’s the rub: there are no team spending requirements in this CBA until 2013!

The league spending requirement for 2011 and 2012 mandates that league wide cash spending reach 99% of the Cap, or approximately $3.8 billion of player spending. As shown above, teams can routinely spend more cash than Cap, with teams like the Panthers and Colts spending $30 million each on one player.

Thus, I don’t anticipate the minimum spending requirement being an issue in 2011. The NFL teams -- collectively -- will spend.

On the team level, however, there are no requirements this year and next. That allows teams -- pick your favorite target franchise not spending in this recent frenzy (Bengals, Buccaneers, Bills, Chiefs, etc.) -- to “free-ride” off of the higher spending teams while the league as a whole meets the spending requirement.

Even in the now-expired CBA -- the one that the Bills and Bengals voted against -- there were minimum spending Cap requirements, although no cash minimums. It is hard to know why at least Cap minimums were not included in the new CBA for this year and next. I know that tougher team minimums are coming in 2013, but that is for then to discuss, not now.

Time will tell if player spending on the team level is what the NFLPA hoped it would be for the next two years, but nothing is in place to mandate that. Cash over Cap lives, but not necessarily everywhere in the NFL....