CBA hinges on one word: Risk

Hope floats for another five days with an extension of the CBA deadline until Friday night. Once again, the gloom and doom of an inevitable lockout is forestalled as the previous two deadlines have spurred a modicum of progress. Now the parties get back to work on bridging the many gaps in their proposals to resolve their differences.

In the end, there is one word that word that sums up what the bitter dispute between the NFL owners and the NFL players is about: Risk.

We will continue to hear phrases from the NFL such as “collective sacrifice”, “shared risk”, and a “sustainable model” (we will also hear those same words from the NBA in their labor dispute ahead).

Simply, ownership wants the players to “buy in” to the fact that running an NFL team requires an enormous allocation of risk not currently shared by the players to an appropriate level. Owners operate these businesses year-round with year-round expenses, not just on 10 game weekends, and want the players to feel the commitment.

This is where the concept of “cost credits” arises. The NFL keeps revenue off the top of all incoming revenues for running the business, and they want to set off considerably more than presently allowed. Once that number is established, the calculation of the players' share is made with the remainder of revenue with the players in the form of a Salary Cap. 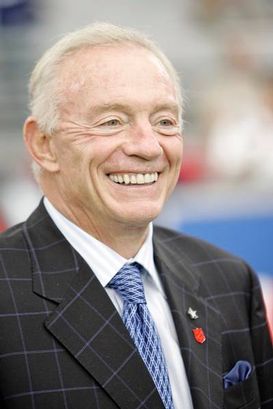 The primary cost from ownership is stadium construction and renovation, with many owners having taken on serious debt to fund sparkling facilities such as Cowboys Stadium. This is real and significant risk, especially compared to 2006 when the last agreement was negotiated. There is certainly not the appetite for public financing of these buildings that there was in the climate of the last CBA.

Other costs that ownership is seeking “credits” for include: practice facility construction and renovation, weight room and training room renovation, team travel, practice field maintenance, NFL Network operations and other infrastructure costs. As one exasperated union official told me, “Do they want us to pay the players too?”

Having had $1 billion of such credits in the expiring agreement, the NFL opened this negotiation by asking for double that amount. That, of course, was the opening offer of the negotiation, and they moved last week to a number closer to $750 million.

A greater shared commitment from the NFLPA would go a long way towards settling this dispute. Whether that amount is another $250, $500 or $750 million is unclear at this point.

One additional note to this “shared risk” concept: at one bargaining session, NFLPA representatives responded to the “shared risk” argument with an offer to also share in profits that the teams make. That argument stopped the discussion in its tracks.

For the most part, the NFLPA is just playing goalie in this negotiation, trying to protect what was negotiated in 2006. The one area of improvements that they would like to extract from ownership is improved benefits for the health and safety risks that they take in playing the game.

With more and more disturbing stories such as the death of Dave Duerson (the fourth of the named plaintiffs in the Reggie White v. NFL lawsuit which is the basis for this expiring CBA), the cumulative trauma of playing in the NFL is crying out for ways to lessen the impact. DeMaurice Smith, while not commenting on the negotiations on Friday, sent a loud and clear message mentioning Duerson. His name has and will resonate in these negotiations since his chilling death two weeks ago.

Some of the concessions that the players would like from ownership on this issue include:

These are all ways to reduce the percentages of debilitating physical and mental challenges for former players.

While participating in ESPN's "Outside the Lines" last week with player representative Jay Feely, it was clear to me that the health and safety issue among players cannot be overstated. Feely harped on the fact that 300 players were placed on injured/reserve in 2010 and the cumulative wear and tear of the brutality of the game. He also gave me a sense that the players may be fighting the 18-game schedule even more than the revenue split.

In a negotiation where the NFLPA is facing a rollback of revenue, their goal is to reduce the physical and mental risk associated with the game in return for concessions elsewhere.

The business of the NFL – for both owners and players, albeit for different reasons – is a high-risk business. As partners, they need to figure out a way to reduce that risk for both sides. If and when that happens, we will have labor peace in football.