Still no word on whether the Eighth Circuit Court of Appeals will stay or not stay the lockout through the appeal process. Will they? At this point, they may just let the temporary stay ride through the appeal hearing of June 3rd. It is hard to see them lifting the lockout now with 18 days and counting before the appeal. Perhaps they are severely divided. Perhaps they don’t want to tip their hand prior to appeal. Perhaps they have a lot more going on than football. In any event, it is difficult to see them finding “irreparable harm” to Players, as this temporary stay has become not so temporary. And so we wait. 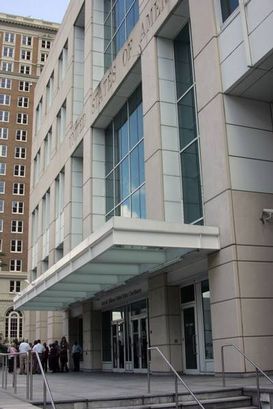 Today the parties go back to Minnesota today for a second round of court-ordered mediation with Magistrate Judge Arthur Boylan. Perhaps the parties actually get back to the issues – the revenue split, Cap, rookie scale, drug testing, bonus recovery, etc. – rather than the legalese of injunctions, stays, and motions.

Just as the prior mediation preceded Judge Nelson granting the Players an injunction from the lockout, this mediation precedes the June 3rd appeal of that ruling. This timing is not conducive to compromise.

This is not to say everyone will be twiddling their thumbs. They will certainly do enough to convince Boylan – and Judge Nelson – that they are engaged. But both sides will be reluctant to make substantive moves with June 3rd looming.

In 2008, soon after opting out of the current CBA, the NFL feared a 2011 lockout would result in default on certain loan obligations. They thus renegotiated broadcast contracts with DirecTV, CBS, FOX, NBC, ESPN, and Verizon to add work stoppage provisions providing payment in the event of a cancelled season with later offsets credited back to the networks or to be repaid with interest.

In exchange for these lockout provisions, the networks received various considerations, including additional digital and streaming rights and no increase in rights fees for the 2009 and 2010 seasons.

Due to these renegotiated agreements, the NFL – in a cancelled season – was able to gain access to over $4 billion in rights fees in 2011, with an obligation to repay all but $421 million.

The recently-expired CBA reads in part: "The NFL and each NFL team shall in good faith act in their best efforts, consistent with sound business judgment, so as to maximize Total Revenues for each playing season during the term of this agreement."

The NFLPA filed a charge against the NFL for violation of the terms above. As per the CBA, the matter first went to a Special Master, appealable to Doty.

On February 24, Special Master Stephen Burbank found that — other than the NBC contract, which provided the network with an additional game free-of-charge — the NFL had not breached the CBA. Burbank awarded the players a relatively minor $6.9 million in damages for the NBC violation.

On March 1, Doty overruled Burbank, holding that the NFL had breached the CBA by renegotiating its broadcast contracts "to benefit its exclusive interest at the expense of, and contrary to, the joint interests of the NFL and the Players." Doty ruled that the NFL had sacrificed short-term monetary gains in favor or creating post-CBA leverage and revenues. Doty found that these renegotiated contracts actually incentivized the NFL to lock out players in 2011!

Additionally, embarrassing testimony revealed some heavy-handed negotiations by NFL negotiators with these contracts, playing poorly in the ongoing PR battle between the two sides.

In the hearing, the NFLPA/Players requested:

(2) That the NFL not access these “ill-gotten gains” until the two parties agree how to divide them. The Players also requested that the non-refundable DirecTV payment be placed in escrow until the lockout ends.

(3) Punitive damages of at least three times the compensatory award, arguing "this is a textbook case to award punitive damages" since the NFL deliberately acted in bad faith in seeking to gain an advantage.

A ruling is expected soon.

We will see if Doty provides a leverage shift as he did March 1st in ruling on liability in this case.
If Doty grants a significant award, Players would have a war chest of their own to wait out the lengthy process of Courtroom football. And since an NFL strategy is to wait out the Players – who have less financial means than Owners – the balance of financial staying power becomes more level.

Stay tuned to see if Doty tilts leverage in the ultimate CBA negotiations towards the Players once again.