Courtroom football returns, with a twist

On Friday, while all eyes were transfixed on settlement discussions between NFL Owners and Players in New York, Courtroom football made a surprise appearance. The Eighth Circuit Court of Appeals (the Court), after hearing oral arguments in St. Louis on June 3rd, made its ruling, reversing Judge Nelson’s injunction of the lockout as overbroad.

The Court’s timing was unexpected; I was of the incorrect opinion that both the Court and Judge Doty -- who heard the television lockout case on May 12th -- would “stand down” while meaningful negotiations proceeded (Doty has still not ruled). Notwithstanding the negotiations going on between the parties, the Court ruled 2-1 in favor of the Owners, with Judge Colloton and Judge Benton – as on the temporary and permanent stays – siding with the Owners, and Judge Bye representing the lone dissent. Here is what you need to know about Friday’s ruling:

The Court held the Norris-LaGuardia Act (the Act) evenhandedly prevents federal courts from interfering in “labor disputes” – a term which encompasses both employee strikes and employer lockouts, even a lockout imposed on non-unionized (decertified) employees. The Court noted that “A one-way interpretation of the Act – prohibiting injunctions against strikes but not against lockouts – would be in tension with the purposes of the Act to allow free play of economic forces.”

The Court adopted the Owners’ position that decertification did not take the case out of the realm of a labor dispute. According to the Court, “the labor dispute did not suddenly disappear just because the Players elected to pursue the dispute through antitrust litigation rather than collective bargaining.”

Thus, Judge Nelson did not have the authority to issue an injunction blocking the lockout. However, just as Judge Bye warned both sides that they would not like the decision, there is an interesting twist. . . 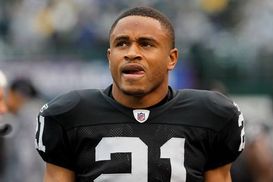 Although Nelson’s lifting of the lockout was deemed overbroad, the Court distinguished between “employees” -- players with existing contracts -- and players without contracts, saying further clarification is needed regarding this latter group. The Court thus remanded (punted) back to Judge Nelson to hold an evidentiary hearing to evaluate the harm on these groups of players.

A wrench in settlement talks? Probably not

After a session Friday that was described to me as “tense” and “wearing”, we wonder whether the Court’s ruling will delay and/or preclude a deal from being made. I think not, but Friday’s session was interrupted by both sides reviewing the Court ruling, something they all needed to print out as they could not read through it on their smartphones.

The Players could seek a hearing with Nelson regarding unsigned players (see below) although a joint statement with the NFL suggests they will continue to pursue negotiation, not litigation. While the Players’ outside counsel Jeffrey Kessler may press these routes, it seems clear at this point that the Players will continue negotiations.

Were there an evidentiary hearing in front of Judge Nelson, a briefing schedule and oral arguments would need to be scheduled, causing further delays. And if Nelson granted freedom to all unsigned players, and were they to sign, they would then become “employees”. Then, as per the Court’s ruling, the Act would allow the Owners to lock them out. It would all become one huge, circular mess.

On the other side of the table, with their lockout now having been blessed by the Court, we hope the Owners do not press for further concessions on issues such as Rookie Pay and extra Rights of First Refusal (ROFRs) on pending free agents. As a player in the meetings asked me: "Why do some owners continue to feel the need to always squeeze us?".

Silence on the labor exemption

Ruling narrowly, the Court’s majority states, “we express no view on whether the League’s nonstatutory labor exemption from the antitrust laws continues after the union’s disclaimer.” The Court focused only on the issue of the Act’s preventing Nelson’s injunction, thus avoiding any discussion of: (1) the nonstatutory labor exemption; and (2) the Players’ antitrust action.

While the Court’s decision allows the underlying Brady v. NFL antitrust lawsuit to proceed, the timeframe for the case is months (if not years) has always been the Players’ issue, now complicated by an indefinite lockout ahead. As I have always said, we will never see the specter of Tom Brady or Peyton Manning being sworn in and cross-examined. The court cases have always been about tilting leverage, and the Court just gave both sides something to fear.

After the Court's ruling, we are back to where we've been: the lockout continues indefinitely and the Brady v. NFL case will proceed at its own pace which, to football fans, will be glacial.

The bottom line is that the two sides are closer to a deal than they have ever been; the problem is there is a cat and mouse game going on where one side won't commit to a resolution of one issue until they know resolution of another issue; and vice versa. What will change that? The calendar's inexorable march towards economic harm to both sides.

In essence, the Court is telling Owners and Players the same thing as what Judges Nelson and Doty have urged, fans plead for, and what the media hopes for: settle!

Let this be the week….