Here is my column from last night with reaction to the Doty decision against the NFL.

With so many twists and turns over the past two years in this sporadic and inconsistent negotiation, it is hard to predict with any level of certainty what may happen.

As I have said from the beginning, I have never believed the doom and gloom about an inevitable long and contentious lockout. Everything that has happened until now is just the appetizer; we have now reached the main course.

Here are a few scenarios, although it is impossible to know if these are the only ones:

With the hourglass running out and the clock ticking, few see this as a realistic possibility. However, I continue to hold a flicker of hope for a new CBA in principle by tomorrow night’s deadline. I say this knowing that each side can move towards the center to make a deal if they truly want that result.

Of course, if there is a deal agreed to in the next day, it will not be memorialized into writing for several weeks, if not months. But while the lawyers rack up their billable hours writing the new CBA, NFL business can proceed under the terms established.

2. We have an extension

This is the second-most hopeful outcome. Everything is negotiable at this point, including the time of the deadline. Midnight on March 4th can easily turn into midnight on March 8th, March 11th, March 18th, etc. The extension would come from two factors: (1) a spirit of good faith from both sides that negotiations are spinning in a positive direction while the clock is ticking down, and (2) the mediator recommends to both sides to stop the clock and continue negotiating without a hard deadline for tomorrow night.

This scenario seemed remote until recently but could happen with renewed emphasis on the mediations and the leverage shift following yesterday’s ruling on the television contracts. 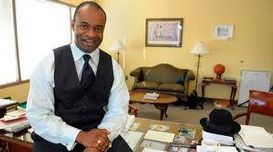 APSmith must decide on decertification.

The union could decide to pursue the strategy of dissolving as a union and becoming, in essence, a “trade association” for legal purposes. This would also – in theory – empower the players to enjoin (stop) a lockout and file individual antitrust lawsuits against the NFL.

In order to get around a requirement in the existing CBA that six months must pass before the filing of an antitrust suit, the NFLPA would decertify prior to expiration on Thursday night. The relevant section of the CBA is Article LVII, Section 3(A).

Decertification is a high risk, high reward strategy by the union. The potential reward is to block a lockout and, under threat of antitrust claims, push the NFL into negotiating a more player-friendly CBA than what has been discussed.

The risks are several. The NFL will fight the strategy both through its existing claim with the NLRB and in delaying the hearing of any antitrust claims. Through delaying adjudication of claims into the fall, the NFL will hope for union solidarity to slip in the face of game checks being lost, resulting in a backfire to the union.

Despite the baring of its fangs with the decertification option, I have always felt that the NFLPA does not want to do this. We will find out tomorrow.

The NFL has tactfully avoided any mention that it would take this step but all indications have been that is where they have been heading.

The reason for this is, like the union option of decertification, simple: leverage. The NFL is trying to forge a new economic system by shutting down its business to its labor force, theoretically causing enough angst on their side to work out a more owner-friendly deal than the expiring CBA.

“Impasse” is a legal concept defined as existing after “good-faith negotiations have exhausted the prospects of concluding and agreement.”

The NFL could declare impasse at any time and force the players to accept its last best offer, forcing the player to accept those terms, strike, or – as they did twenty years ago – decertify.

Upon declaration of impasse by the NFL, the NLRB would first have to resolve the NFL's prior unfair labor practice claim -- asserting that the NFLPA's decertification efforts demonstrate their lack of good faith in bargaining. A ruling in the NFL's favor on that issue would tilt towards recognizing an impasse (as well as possibility of sanctions on NFLPA for failure to bargain in good faith).

I think this is a difficult course of action for the NFL to take, as mediations have been ongoing and that is usually associated with some sort of progress, meaning no impasse. In addition, public comments from even the most hawkish owner, Jerry Richardson, have been optimistic as of today.

2010 was not a good year for the players. Despite the lack of a Salary Cap – which also meant the lack of a Salary Floor – spending was down, contracts were hard to do because of encumbrances such as the 30% rule, and free agency became diluted and difficult with six years required as opposed to the previous four.

Teams have been acting accordingly, applying Restricted Free Agent (RFA) tenders to four and five-year players as the rules were in 2010 and, in the case of the Eagles, applying both a Franchise tag (Michael Vick) and a Transition tag (David Akers).

However, the lack of profligate spending without a Cap for one year does not mean it would continue. Owners are too competitive and ego-driven to resist the temptation of buying up players without restriction.
Therefore, I see this as an unlikely scenario as well.

We will all know which of these scenarios – or perhaps another – occurs very soon. The clock is ticking….