The Packer financial report – much anticipated as the only public display of an NFL team’s financial picture – presented some interesting results that will be fodder for negotiations for both sides of the ongoing labor dispute between the league and the NFLPA.

The union and leader DeMaurice Smith will surely note the fact that the Packers had its highest gross revenue ever, $258 million, during a challenging environment for new revenue streams. It will also note an increase in net profit from the prior year, up to $5.2 million from $4 million, at a time where ownership is pleading that operational costs are too high.

The NFL will focus of the part of the report showing player costs (player pay plus benefits) rising more than 11% compared to the 5% increase in total revenues. This dovetails nicely with the league position that player costs are outpacing revenues. 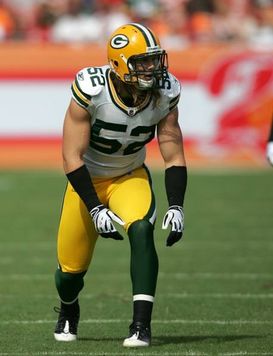 ICONMatthews was one of the Packers' large player costs this past year.

With the fiscal year ending March 31, the Packer player costs included the first-year money for Greg Jennings from his June, 2009 extension (over $16 million); the upfront money for Nick Collins from his top-of-market March 12, 2010 deal where he will receive $14 million this year; and the second-year option bonuses of 2009 first-round picks BJ Raji ($7 million) and Clay Matthews ($3.72 million), amounts paid at the start of the League Year in early March. With only the 23rd pick in the first round this year, Bryan Bulaga, those costs will be significantly lower next year. Also, there are no benefit payments by club in this uncapped year, resulting in an average savings of $10 million per team.

NFLPA President Kevin Mawae responded by saying that they now have 1/32nd of the financial information they have been asking for. That is unlikely to change, as the request for more from the NFL will continue to be stonewalled.

Part II of the Packer financial report story will be played out on July 29 when Commissioner Goodell addresses the Packer shareholder meeting to echo the player costs theme. We know what he will say; we know how the union will respond. Now let's see what happens with negotiations. 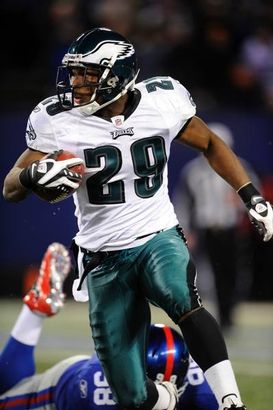 ICONMcCoy was the first pick in 2nd round to sign last year.

With no signed first-round player, the Jets finally broke the ice last week in the second round with Vladimir Ducasse. Last year, while helping out the Eagles, Drew Rosenhaus and I broke the seal on the second round in late June with a deal for LeSean McCoy.

Despite the different rules of this uncapped year, the Jets deal looks like second-round deals from previous years. Ducasse received a $1.025 signing bonus plus a $410,000 one-time bonus for minimum performance thresholds, backed by future salary guarantees, for a total guarantee of $1.435 million, a 5% increase from the 29th pick in the second round a year ago, Sean Smith of the Dolphins.

It remains to be seen whether there is a different structure for first-round deals, as teams are watching to see who jumps in the pool first. Typically, due to the operation of the Rookie Pool – still in operation despite the uncapped year – the bulk of the bonus money paid to top rookies has come in the second year. The date of these payments for these option bonuses or salary advances has typically been soon after the start of the new League Year around March 1.

That may be changing. Without a labor agreement in place for next season, no one knows if or when the new League Year will start. Thus, agents are going to be looking for payment of these second-year bonuses on a date certain, with or without a new agreement. Teams will try to hold to paying out only after the start of the League Year, which could be much later next year.

There could be as much as $150 million at stake as to timing of these payments.

JaMarcus Russell’s recent arrest provides even more evidence that he may be the player in the NFL given the most for the least.

Russell is owed $3 million from the Raiders as a future guarantee on top of the $36 million already earned. $9.55 million of that amount is currently in dispute. The Raiders filed a grievance claiming that Russell’s agents did not properly shift the guarantee language in his original rookie contract over when the contract was revised in 2009.

With that grievance pending, the Raiders may withhold that $3 million due this season and see what happens. As to the arrest, I don’t really see much effect as he was terminated – his contract, not him – well before this incident.

Again with Russell, never has the league seen so much paid for so little.