The Bengals signing of Terrell Owens has been heralded as a step that will greatly improve the team and make the Bengals a formidable offense. It is interesting hype for a player who had been on the street for seven months was signed to a one-year contract that is $4.5 million less than he made last year.

The signing of Owens continues an expensive two-year pattern for the Bengals in spending on wide receiver, a position with a graveyard of bad contracts for free agents.

The Bengals signed Laveranues Coles as their marquee free agent in 2009, agreeing to a four-year contract worth $27.5 million, with $9.75 million last season. Coles four-year deal turned into a one-year deal, as the Bengals’ treasure of 2009 was their trash or 2010.

Enter Antonio Bryant, who the Bengals chose over Owens in free agency this year. Bryant signed a similar deal to Coles a year before, four years for $28 million. We’ll see in February if, like Coles, that four-year deal also becomes a one-year deal.

In negotiating player contracts, I tried not to write individual incentives into contracts, especially to skill players. I did not want the specter of players looking cross-eyed at the quarterback, the coaching staff, or the front office wondering if there was a sinister scheme to keep the player from gettting his money. Of course, I never communicated incentives to the coaches to avoid even the appearance of impropriety, yet it still was a slippery slope. Now one of the most demonstrative and potentially divisive players in the league has half of his potential earnings tied to individual rather than team performance. 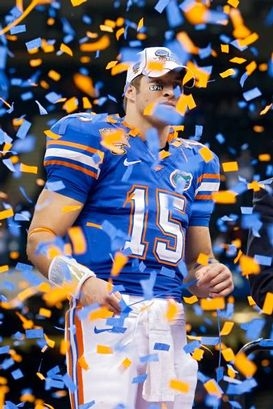 ICONTebow's contract is strong but not quite what has been reported.

The Tale of Tebow

The first-round signings are starting to come in, as the annual mating ritual between teams and agents is in full bloom and the veteran, not rookie, reporting dates are upon us. Agents have always told me that with first-round picks, they never take the rookie reporting dates seriously; they just want to know when the vets arrive.

Tim Tebow, the most well-known name in the Draft, has signed for numbers that are being bandied about in different ranges. After talking to a couple people looking at the contract, here are what the numbers are:

The guaranteed amount for Tebow as of today is $8.7 million, a whopping 18.5% increase over last year's slotted pick, Vontae Davis. However, I am told that once the contract enters year two, the guarantee is reduced to $8.45 million, still an impressive 15% increase from last year.

As to the maximum value of the deal, the reported $33 million is accurate, but that is if Tebow earns every incentive and escalator, including millions tied to being the NFL MVP, Super Bowl MVP, etc. The maximum value for a quarterback rookie contract is always higher than other positions, with some previous maximums such as Joe Flacco ($29.5 million), Brady Quinn ($30 million) and Josh Freeman ($36 million).

I remember negotiating Aaron Rodgers' rookie contract in the same area as Tebow was drafted, with the vast majority of the negotiation not about the guarantee or base value but about the incentives and escalators, trying to layer in future performance money not knowing when -- or if -- Brett Favre would no longer be the quarterback of the Packers.

Tebow received a strong contract for where he was drafted, although not quite what has been reported.

The San Diego Chargers have been the team in the NFL perhaps most advantaged by the rules of the uncapped 2010. With the talent of players they have as “limbo” free agents – players that in any other year would have been “free” free agents but are now restricted – they have saved themselves tens of millions of dollars by simply placing one-year tender contracts on Vincent Jackson, Marcus McNeill, Darren Sproles, Shawn Merriman and Malcolm Floyd.

Now we see what they’re doing with some of that money. They agreed to a five-year extension with tight end Antonio Gates for a total value of $36.175 million with $20.4 of that amount, over 56%, guaranteed.

The Chargers have certainly shown their hand in regard to priorities. They have signed top-of-market deals with quarterback Phillip Rivers and Gates as both entered their contract years. In contrast, they have decided to watch and wait on their group of restricted free agents, even challenging Jackson and McNeill to make good on their threats to not show up. They can then see as the season progresses which of the players merit the treatment they have shown Rivers and Gates.

Somewhere, Vincent Jackson and Marcus McNeill are fuming. And Vernon Davis is smiling.