Dez does Dallas with no option bonus

The seal has been broken on the first round signings in the NFL, and it is from an unlikely suspect. Dez Bryant and the Dallas Cowboys consummated a deal to now hold the title of first deal completed in the top round of the 2010 NFL Draft. With Bryant being drafted later than expected due to character concerns and with agent Eugene Parker having been involved in the lengthy Michael Crabtree holdout last year, there were concerns that, in the words of the Snickers commercial, this may take a while. Not.

The Cowboys were willing to put their toe in the water without waiting for a market to develop. Parker, although known for the Crabtree holdout, was willing to do a deal on time (I have negotiated two first-round picks with Eugene – Ahmad Carroll in 2004 and Justin Harrell in 2007 – without any animosity or delay).

The deal is has a total value of $11.8 million with $8.5 million guaranteed. He has a signing bonus and a 2010 roster bonus that total $2.52 million. He also has a one-time incentive if Bryant reaches the minimum statistical and/or playtime thresholds allowable for an amount of $3.185 million. The rest of the guarantee is in the form of future guaranteed salaries. Also, as per the Cowboys’ first-round contracts – something unique to them – there is no fifth-year escalator in this deal.

The guarantees described above do not include money in the form of an option bonus or salary advance. Usually, due to the limitations of the Rookie Cap (yes, there is a Cap this year, just for rookies), the bulk of the bonus money to first-rounders has come in the form of a large option bonus or salary advance paid at the start of the second League Year (usually around March 1). Now with the labor dispute, there is considerable question as to when – or if – the 2011 League Year will begin. Thus, the wording and timing of these option bonuses has become a major issue of negotiations this year.

Bryant was able to negotiate his guarantees without the option and thus without dependence on the resolution of the labor dispute by March. We will now see if this no-option bonus structure sets a precedent for other first-round deals.

Elvis in the building

One of the teams most advantaged by the uncapped year has been the Denver Broncos. Along with the San Diego Chargers, they had a few extremely talented players that in any other year would have been free to negotiate with other teams for tens of millions of dollars. In this unique year, however, these "limbo" free agents were stuck in holding patterns as restricted free agents. When free agency started, the Broncos simply put one-year holds on players such as Elvis Dumervil, Brandon Marshall and Kyle Orton.

After trading Marshall and keeping their one-year tender on their starting quarterback Orton, the Broncos have reached terms on an agreement for Elvis Dumervil. The deal appears to have the most guaranteed money in the history of the NFL at over $43 million, but I am told Dumervil's 2010 compensation will not change, meaning that this contract contains another "rolling guarantee" as did the Jets deal with D'Brickashaw Ferguson. We'll have more on the contract coming soon.

Dumervil joins the lucky few restricted free agents to do long-term extensions, a group including DeMeco Ryans of the Texans, Nick Collins of the Packers, Jahri Evans of the Saints and his former teammate Marshall, now with the Dolphins. As to the Chargers group of players including Vincent Jackson and Marcus McNeill? Watching and waiting.

There is much in the air about unscrupulous practices by agents in their age-old quests to lure players into their fold. Stories are flying now about players being paid, going to lavish parties, working out at nice facilities where agents train their pro players, etc. And, of course, Nick Saban has weighed in with his “pimp” comment. What do we make of all this?

Although elite college football players and agents reached the end of their innocence years ago, we are now seeing the reality that has been going on. The curtain is being pulled back on the subculture of “runners”, financial advisors, trainers and other tentacles of agents doing the recruiting for them. I have seen the “runner” phenomenon for decades, back to when I was an agent starting out in the late 1980s.

The “runner” is a representative of the agent, usually not certified by the NFLPA to represent players in contract negotiations, who befriends and attends to needs of top college prospects. The goal, of course, is that this relationship will lead to a more formal relationship down the road with the overseeing agent, who is usually not getting his hands dirty with the caretaking duties that the runner does. The runner – a profession decades old – is now being exposed. And this is just the start.

Will the Titan remember? 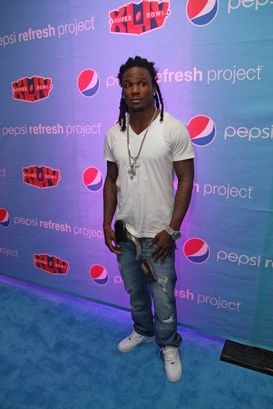 The short-term solution between Chris Johnson and the Titans involved his future escalator in 2012. With a maximum value of $2.5 million, Johnson had earned half of that amount -- $1.25 million – in his first two seasons in the league. Although that money was not guaranteed, as it simply would have gone on top of his nonguaranteed 2012 salary, the fact that the Titans brought it into 2010 and put it into a signing bonus on top of his $550,000 salary this year does have meaning. They also added around $200,000 of incentives.

However, as said earlier, this is merely a band-aid. Johnson is appeased for now but with continued performance as one of the top backs in the NFL and playing the position with the shortest shelf life of all, he knows he need to get to that next contract as soon as possible.

The Titans know that as well, and also know the graveyard of bad second contracts for running backs that have hurt franchises. I hope for the Titans’ sake that their good deed does not go punished.