I believe the doors will soon unlock, but let’s still proceed with caution. As I always say, nothing is agreed until everything is agreed.

Some of the issues still in play as we near the finish line are:

Resolution of Brady v. NFL: When the Eighth Circuit allowed the NFL lockout to continue indefinitely, that was the death knell for any strategy to keep this lawsuit pending through the time it takes to proceed to trial. While Players have a strong case, the court calendar is their nemesis.

Resolution of television lockout funding case: Judge Doty has not made an award about the Owners’ brazen lockout funding at the expense of maximizing television revenue. Players will argue for this award; Owners view it as part of the global settlement.

Resolution of unpaid 2010 benefits: One of the tradeoffs for an uncapped 2010 year was the Owners’ ability to save on benefits, an amount of $320 million ($10 million per team). Players will argue to restore the entire amount, or at least some of it; Owners view it as a known trade-off for the uncapped 2010.

Franchise tag protection for the name plaintiffs: This may be a “it doesn’t hurt to ask” argument, as was the Owners’ asking for rights of first refusal for free agents.

Other outstanding issues include: retroactive application of the Personal Conduct Policy during the lockout, workmen’s compensation rules limiting filing in any state, the “Legacy Fund” to determine the amount and source of funding for past – and future – retired players, drug-testing and discipline/appeals process, etc.

Again, the listing of these issues is not to say a deal won’t happen, but as anyone involved in negotiations knows, closing issues are important and often difficult. The return of mediator Arthur Boylan is key to resolving these open issues.

Although the rookie pay structure took a long time to negotiate and received much attention, we have known for years that the top picks in the Draft would be sacrificed; the only issue was how much and for how long. That issue was important, but not one of the two breakthrough issues, as I see them:

After previous accounting methods that included setoffs and credits resulting in $1 billion off the top – the Players were able to simplify the pot of money from which the revenue is split: all revenue, irrespective of credits, set-offs, etc.

As to percentages, Players’ request/demand all along was to be equal partners with Owners and an even 50/50 split. The Owners balked, saying that 50/50 was what the previous formula had worked out to and was the reason for their opting out of the agreement. They needed/wanted better.

They got it, extracting a couple percentage points, worth roughly $200 million now, and rising. Owners will receive approximately 52% and Players 48% with provisions in the future for Owners to have a higher take in the event of certain revenue targets, although Players have downside protection with their share never dipping below 46.5% (Owners’ initial offer was close to 42%).

There is an interesting twist to this year’s revenue split, with the Player share, or team Cap, expected to be about $120 million. Teams can take one player on their roster and apply a $3 million “exception” to reduce his Cap charge by that amount. And in 2012, they apply a $1.5 million “exception” to reduce one player’s Cap charge by that amount. These were concessions made by Owners to give Players a $4.5 million per team gift to close the deal, although the guaranteed spend (below) is predicated on the $120 million number. 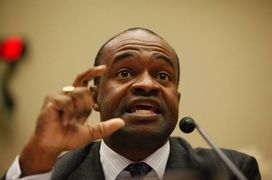 ICONSmith can sell an equal Cap to 2009.

With this $3 million exception this year, DeMaurice Smith and the NFLPA can “sell” that the Cap number is the same – $123 million as it was in 2009, the last year with a Cap (before its one-time adjustment of $5 million, for $128 million).

When NFLPA leadership asked me what their priority should be, I answered: “Get cash to cap spending.” Cap numbers have no real meaning without assurance that teams will spend to the number (I know, I managed a Cap).

The NFLPA appears to have achieved this important gain. Teams now have a “guaranteed spend” in cash of 99% of the Cap on a league-wide basis, meaning they must collectively spend approximately $3.8 billion (higher in future years) with hard cash.

It’s important to note that spending is calculated at the end, not the beginning, of the year, so teams don’t need a free agent shopping spree to meet their requirement; they can do so by resigning core players throughout the season.

Thus, although the Cap will be a bit lower than it was in 2009, the Owners now must spend that number. The previous system did not mandate that.

More than anything, these two issue resolutions have led us to the precipice of a deal. We’ll flesh out more when we get more details. Stay tuned.