Now that we are under 100 days until the end of the Collective Bargaining Agreement (CBA) between the NFL and the NFL Players Association (NFLPA), this begins a multi-part series on the labor dispute in the NFL. I will give background and delve into key issues facing the two sides. With experience on both sides of the table – as an agent and a team executive – I will try to lend my insights and forecast where this may be going.

The dominant story in football in the coming months will be the potential for the no football in 2011, a season potentially washed out by NFL owners locking out NFL players from playing games due to the inability to agree on a CBA govern the business of football. 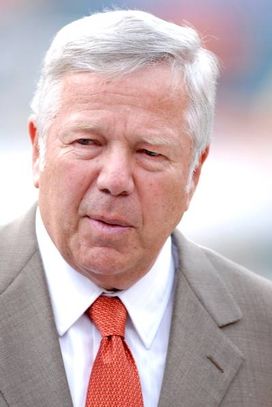 ICONKraft's positive comments help, but little progress has been made.

Negotiations between the NFL and the NFL Players Association have produced little to this point. Despite recent optimistic comments by influential team owners such as the Patriot’s Robert Kraft, there has been more activity in lockout preparations – the NFL negotiating reduced salaries for team and league employees in 2011, the NFLPA Decertification tour, etc.—than in negotiations. It has appeared that once we entered the 2010 League Year – with no salary cap and, more importantly, no salary floor -- all urgency to negotiate a new agreement faded. And this low spending year has emboldened ownership in attempting to forge a new economic system for the future.

How did we get here?

To review, in March 2006 NFL ownership ratified a new agreement with the players by a vote of 30-2, with Ralph Wilson of the Bills and Mike Brown of the Bengals the dissenting votes. I remember the day well, communicating with our president at the Packers at the time, Bob Harlan, who kept saying that the meeting was all about revenue sharing plan. “Nothing about the labor deal?” I would ask. “No” Harlan would respond, “We’re just talking revenue sharing.”

The late Gene Upshaw – the head of the NFL Players Association at the time --had created the specter of an uncapped year ahead that would -- as he painted it -- change the way the NFL does business irrevocably and make football look like baseball. He had invoked the ominous phrase “Once the Salary Cap goes away, it’s not coming back!” that stoked fear then (it has not done so now), afraid their colleagues in that room would drive player spending to new heights without a Cap to apply the brakes.

And, of course, Upshaw had a strong and long relationship with then-Commissioner Paul Tagliabue and Tagliabue’s presentation of the deal to his membership was important. The near-unanimous ratification of the CBA in 2006 was, in part, an outgoing homage to Tagliabue’s successful tenure as Commissioner and a testament to the labor peace that he and Upshaw had created for almost two decades.

The agreement was supposed to continue until March of 2013. The owners had an opportunity to shorten the deal by two years if they exercised such opt-out by November of 2008.

They didn’t need to wait that long. Six months before their opt-out deadline, the NFL owners voted unanimously in May of 2008 to end the current CBA two years early, meaning 2008 and 2009 would be played with a Cap and the last season, this 2010 we are in, would be played without one. And it meant that the CBA’s expiration date would now be March 3, 2011.

With new leadership on each side of the equation since 2006, the battle begins anew. Commissioner Roger Goodell is leading an ownership group determined to take back some of the turf that was lost in 2006, as the economic environment has been altered in the years since, especially in the area of stadium financing.

NFLPA Executive Director DeMaurice Smith, a surprise winner in the search to replace Upshaw, is using his dramatic presentation style learned from litigating and navigating the Washington legal and power circles to convince fans and the media that the players simply want to play. Smith is in a difficult position, merely trying to protect what he already has and show his membership that he can deliver a deal at least as good as the one they have now.

Both Goodell and Smith are negotiating a CBA for the first time, and their relationship will be paramount. To this point, there has been little to none of the chemistry that Tagliabue and Upshaw had, but the relationship is still in its early stages with more communication through the media thus far than to each other. The lack of meaningful interaction between the two, however, is a reason for the limited progress at this point.

Tomorrow we’ll start to look at the key negotiating issues on the table.