Today would be the day on the NFL calendar – in a normal year devoid of the Courtroom football – where the last of the NFL teams would be starting their offseason workout programs at their facilities. It is usally the time of year where the most important coaches on the 20-man NFL coaching staffs are the strength and conditioning coaches. Those three men become the conduit for the team to the 50-70 players that join the program.

Now players are scattered working out on their own or in groups, with liability for any injury suffered their own. Were players to suffer season-ending injuries during this lockout, teams could place the player on the Non-Football Injured (NFI) list with no obligation to pay the player (or pay him any amount between zero and the salary he was supposed to make). These are risky times for NFL players outside of their normal routine of team workout programs.

Here are answers to the questions I receive most about the team workout programs.

No, but players are “encouraged” to attend. Average and marginal players know they must attend to have any shot of making the roster. For star, attendance can be an issue (see below) but workout bonuses provide incentives to attend.

Many teams now have language in their contracts for players to attend the program “if invited to attend.” This clause may be relevant, for instance, if a team has a player they may release in the offseason and don’t want liability for injury suffered during the program.

It is rare for a team to “disinvite” a player from the program; I never did.

How long are these programs?

The maximum length is fourteen weeks. Some are as little as ten weeks.

In the NFL’s proposal to the NFLPA on March 11th, the maximum length of these programs was no longer than 10 weeks. This is one of the player safety issues that the owners will give.

A “week” consists of four days: two days on strength exercises in the weight room and two days on movement and speed exercises on the practice fields or indoor facility. Each player has a detailed file that logs his progress and lists his goals. 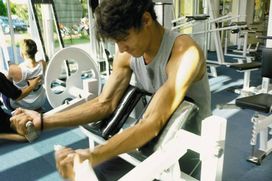 What are players paid for these workouts?

With four workouts a week, the maximum per diem for the week was $520 in 2010. Thus, for a player who participated in every workout in 2010 in a fourteen-week program, he would have received a gross amount of $7280.

For many players, these amounts are trifling. But for many participating – some for whom this is their only time in the NFL – these earnings need to last.

Was it hard to get players to show up for workouts in Green Bay?

Yes. As I heard so often from players and agents, Green Bay is not "geographically desirable" in the offseason. When Mike McCarthy arrived in 2006 with the mantra “accountability and availability,” I set out to change our culture through our contracts.

In every veteran contract from that point forward, I separated a meaningful amount from the player’s salary and directed it to participation in 85% of our program. The amounts ranged from a few thousand for lesser players to $500,000 for some of our top players.

Negotiating these clauses was challenging, especially for veterans used to warmer climates. All agents would ask the same question: “Andrew, can’t he work out with his “guy” in and he’ll send you weekly reports?” The answer was “I appreciate you asking, but no.”

I made the bonuses as meaningful as possible, but for some it was too hard to overcome their preference for training elsewhere. Players like Charles Woodson, Al Harris, Donald Driver and Ryan Pickett were content to forego those bonuses to spend their offseason elsewhere (Brett Favre didn’t have one, as his contract was negotiated in 2001).

What will happen to those workout clauses this year?

Good question. Many players now have hundreds of thousands at risk, up to $750,000 for Jets’ tackle D’Brickashaw Ferguson.

Many have speculated that this money is lost due to the lockout. But not necessarily, depending on the wording of the contract.

If the contract states, as most do, that "the Player receives the bonus if he participates in 85% of available workouts”, he could still claim his bonus if, for instance, the NFL opens for business and the team has a shortened workout program. Ferguson, for instance, could claim the bonus if, say, the workout program were two weeks (8 workouts) and he showed up for seven of them, meaning he would receive over $100,000 per workout.

If, however, the contract requires a set number of workouts to be performed, that would be a harder case to make.

There will be questions about interpretation of these bonuses that could affect hundreds of thousands of dollars. There will also be an argument that NFL teams will owe all workout bonuses if the preliminary injunction is granted and the lockout is ruled illegal.

This is an area to watch when the NFL resumes business, which it will. Just don’t ask me when…