Owners court victory a path to a deal?

For NFL fans, the ruling from the Eighth Circuit to keep the lockout in place may actually bode well for football being back in business sometime this summer. Beyond the immediate emotion and disappointment that fans have about the NFL still being closed for business, the ruling on Monday night – followed by a similar result on appeal – may be the most direct path to a Collective Bargaining Agreement (CBA) and a full season in 2011.

The ruling and the appeal

Two of the three appellate court judges from the Eighth Circuit agreed with the NFL that this battle between the Players and the Owners – at least in regard to the lockout – is beyond the jurisdiction of Judge Nelson's court.

The ruling endorsed the NFL’s broad interpretation of the Norris-LaGuardia Act -- originally meant to protect employees from injunctions --to protect the NFL (an employer) from an injunction (lifting the lockout) arising from the ongoing labor dispute.

These same three judges will be deciding the appeal. That does not bode well for the Players, as it is hard to see a different result.

Thus, it is likely that the lockout will continue with a favorable ruling to the Owners from the June 3d hearing, a ruling that will come in late June or early July. 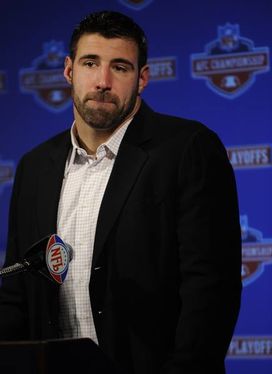 ICONVrabel and NFLPA leadership will have to examine their options.

A consistent ruling on appeal means the following: the NFL lockout would continue indefinitely, a look into a broad horizon with no markers on the scope for the Players to target.

I was one of few forecasting – wrongly – an agreement between the NFL and NFLPA in early March. I did so knowing once past that date, there were no flashpoints on the calendar to spur action between the two sides. That is where we sit today.

Should the Players lose on appeal – which I think will happen – NFLPA leadership needs to look closely at its options and perhaps become more focused on negotiating a new CBA.

There is a deal to be made here, and hopefully made by mid-to-late July, setting up the start of football. Of course, we would have a truncated free agency period and things would be harried in preparing to play, but a full season would ensue and by November, this labor mess will be ancient history.