Quick to Vick: 'it's a beautiful thing'

As the football world debates the Eagles decision to put their designated future (Kevin Kolb) on indefinite hold and try to recreate the past with Michael Vick, let’s look at it from a couple different vantage points.

Last week I wrote about the Packers’ failed attempt to secure Randy Moss during the 2007 Draft and our insistence that Moss sign a two-year contract so the team could have more value. 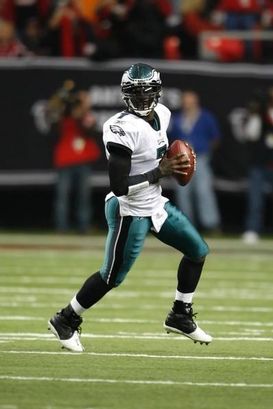 ICONVick wanted a one-year deal; he relented and agreed to two years.

The Vick negotiation with the Eagles was very similar, although this time the team got its two-year deal. I was consulting for the Eagles at the time though not directly involved in this negotiation. It was clear, though, that as with the Packers and Moss, a one-year length was a deal-breaker for the Eagles.

The Vick camp – Michael was counseled by agent Joel Segal and advisor Tony Dungy -- were looking for a team with (1) a chance to win, (2) a secure and stable situation at head coach and starting quarterback and (3) a one-year contract to ease back into football and rehabilitate his career.

They got two out of three.

The Eagles wanted the second year for same reason Vick did not want it: they wanted to get the benefit of the Michael Vick that was hopefully back in shape and acclimated to football after a long time away. That is what they are seeing now.

The 2009 investment was simple: a salary of $1.625 million, or about $100,000 per game. Determined to hold on to potential free agency in 2010, Vick’s side fought hard for a one-year deal until it finally relented. Vick did have options, but those teams, while perhaps willing to give him a one-year deal, had other flaws.

In March the Eagles allowed a $1.5 million bonus to stand by not trading or releasing Vick prior to that date. Also remaining on the contract was a $3.75 million 2010 salary, $1 million of which was guaranteed with an offset should he have been released prior to the season, and some playtime incentives that could potentially raise Vick's compensation north of $7 million. The offset had value to the Eagles although with the developments so far, seems a moot point.

As a third-string quarterback making $1.625 million in 2009, Vick’s deal was quite reasonable for him. Now, as the designated starting quarterback making less than half of what was given to Kevin Kolb as a signing bonus in the offseason – Vick’s $5.25 million 2010 compensation versus Kolb’s $10.7 million signing bonus -- the Eagles are getting the benefit of their two-year bargain.

Michael Vick was, at one time not long ago, the most exhilarating player in football. I witnessed it firsthand on a snowy night in Green Bay on January 4, 2003 in a playoff game that ended up as his coming-out party, as our defense grasped at the cold air coming up empty in trying to corral Vick in a 27-7 shocking defeat.

Those days seemed very much in the rear view mirror when Vick played spot duty with the Eagles in 2009. Now, with his sublime performance in Detroit over the weekend, there is more than a hint of that player.
Andy Reid -- in a Zen-like moment amidst the usual press conference clich