Show us (more of) your books!

After two years of the NFLPA asking the NFL to “Show us your books” with resistance to that request, there appears to be a thaw. The NFL has agreed to open up some financial information to the players beyond what is described below, but still not enough to satisfy players as they face a request for a rollback of their collective pay.

The "books" argument has defined this negotiation as much as any. It speaks to the issue of trust from both sides. With owners complaining about the financial distress they may be under with player costs outpacing revenues, the players have asked for proof. The owners have said no, in part because they have shown a lot of financial data already (see below) and in part because they do not trust the union. 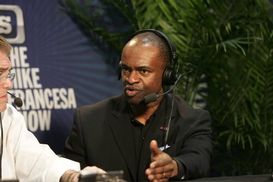 ICONSmith is getting more disclosure.

NFLPA Executive Director DeMaurice Smith and his lieutenants have told anyone and everyone that in this age of financial transparency, it is imperative that the owners open their financial records to them. When the Packers, who are required as a public company, came out with their financials in July, the response from NFLPA President Kevin Mawae was “Now we have 1/32nd of what we have asked
for.”

Well, not exactly. The NFLPA has had access to financial records of the league through direct and specific language from the current CBA. It is league-wide data, not detailed line items of each team, but it is significant and extensive.

Here is the applicable provision from the CBA:

“Each League Year the parties will be provided with one or "Special Purpose
Letters" by an independent accounting firm (the “Accountants”) which report
the Total Revenues, Team Salary, Cash Player Costs, Player Costs and Benefits
of each Club and the NFL for that League Year, utilizing information reported by
independent Club and League accounting firms, and information obtained by the
Accountants through its review procedures. The Accountants shall be a nationally
recognized accounting firm jointly approved by the NFL and the NFLPA…”

The language goes on to discuss further mechanics and procedures for the
accounting of the books.

While it is true that the individual NFL teams are not opening up their detailed financial statements to the NFLPA, it is certainly a myth that the NFLPA does not have and has not had access to detailed financial information from the league that has been pored over by certified and respected accountants who were blessed by the union.

Sitting with the accountants

I remember in my time with the Packers when the team audits – for purposes of the provision described above – happened. I would have to answer a lot of questions about why contracts were done and/or structured in different ways, as the accountants did not understand football contracts and needed to be educated.

The accountants pored through all of our information to make a report to the league, joining the other 31 teams’ information to allow for the union to inspect the data.

As has been he basic problem of these negotiations, the issue of trust, the NFL has not shown the level of trust in the NFLPA to allow them access to the individual team statements. Owners have felt that line item expenses such asprivate travel, personal expenses, salaries for top employees and other information
that may cause awkwardness would be parsed through and perhaps even leaked to the media, causing undue embarrassment due to untrustworthy behavior by the union. More importantly, the owners’ argument to not turn over the financial is bolstered by the CBA provision discussed here.

Thus, to say the union has not “seen the books” is wrong, although the NFLPA is certainly within its rights to bargain aggressively for increased access to not only league financial data, as described above, but for team data to help verify and accurately reflect the revenue split.

And with the NFLPA's meaningful threat of decertification looming once again as we approach Friday, the NFL is now playing a bit of defense, rather than offense, on this important issue.

Now it gets interesting. Stay tuned.