The end of the NFL as we know it?

As we enter into D-Day III, the third deadline for the expiration of the NFL's CBA, here are my thoughts on what could be a truly historic day-- and not in a good way -- in the NFL:

I know I have been the voice in the wilderness holding out hope for a negotiated agreement, but things do not look sanguine. Even the most level-headed of negotiators, NFL lead counsel Jeff Pash, has been fanning the flames of discord, commenting that the NFLPA has not been negotiating but rather simply preparing to decertify. Pash and the NFL appear to believe the union has only pretended to negotiate while girding for their legal options.

This entire two-year negotiation has been clouded by a lack of trust and a suspect feeling from each side towards the other. Despite a momentary thaw in relations last week, the rancor has resurfaced. If we look back on this CBA negotiation after today, that lack of trust -- and maybe even pure dislike -- will define it.

I vividly remember delays before resolution during the last CBA negotiation, in March 2006, but the dynamic was quite different.

There was no expiring CBA, which took away the legal options on the table now. However, owners were very concerned about the prospect of an upcoming uncapped year (contrast to the present, where owners just came off an uncapped year that went well for them). Also, Commissioner Paul Tagliabue was retiring and NFLPA chief Gene Upshaw was getting on a plane to Hawaii to meet his player reps. The deal was pushed through after several extensions, passing 30-2 by ownership in a vote they came to rue.

Most of the owners' discussion on the decision day in 2006 was about revenue sharing, not the CBA.

The shift in leverage from the NFL side to the NFLPA side over the last week has been striking. Whereas the NFL stonewalled the NFLPA for two years in providing any financial concessions or disclosure of data, that paradigm has shifted. On the split of $9 billion of revenues, the NFL has closed the gap from $1 billion to what may be closer to half of that number.

And on the financial disclosure issue, there was not a move in two years to provide players more information than required by the CBA, but they have offered more -- an offer that was declined -- and will continue to offer further disclosure.

Why the shift in leverage?

First, the ruling against the NFL on the television money paid through the lockout was dramatic: it not only put the league on more equal footing to the players but it also revealed embarrassing details about the way the NFL conducted itself preparing for the lockout. Now the NFL is on the defensive about more sensitive information from its internal practices going public. 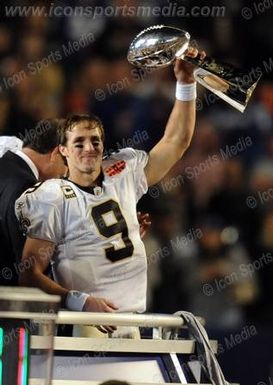 Also, the threat of decertification is real and powerful.The NFL does not want to be defending antitrust lawsuits from players like Tom Brady, Drew Brees and Peyton Manning. The NFL cringes at the sight of union attorney Jeffrey Kessler, the lawyer who has been pushing for that strategy from Day One. The presence of Kessler is an ongoing irritant to ownership: they equate him with a decertification strategy that moves from negotiation to litigation.

This issue, dormant for many months, has suddenly become "the issue" in the negotiations, with the NFLPA bringing it to the forefront before any further negotiation on the issues. As more drilling down of what the owners want from the players becomes apparent, the players are demanding to know why they are being asked to give back what they are.

In the owners' defense, their issue is not the present, and the present team financials may look decent, even rosy. The NFL's issue is that the trend is not positive and they want to stop that trend while they have that chance, which is now. That is a hard sell to the players, whose focus is the here and now.

My sense is there is a divide within ownership about the level of disclosure, something that needs to be hashed out very quickly.

Despite DeMaurice Smith's comments about the union's position that they will not agree to the 18-game season, I am not convinced. Until there is a new CBA, everything is still on the table. The 18-game schedule is a bridge to the revenue gap and in the horse-trading necessary to reach an agreement, that is on the table. The issue, of course, is providing health and safety concessions that I have spoken of: increased roster size, in-season injured reserve list, improved postseason coverage and pension vesting, etc.

As to reports that the issue of rookie compensation being resolved, I have long felt that was the easiest issue to resolve. Under any scenario, top picks were to be sacrificed compared to their colleagues in previous years up to and including 2010. Owners will receive drastically reduced financial commitments to these top picks; players will receive earlier "outs" to these deals (four years for first-round picks; three years for others). The losers on this issue: agents, whose fees for top picks will reflect the massive cuts in bonus money that they will receive.

The NFLPA now has a grenade whose pin they have threatened to pull at a couple different junctures. That next time is today at 5 pm est. That is their leverage in this negotiation: to take this negotiation into the chambers of Judge David Doty, the thorn in the side of the NFL. They will threaten the pulling of that pin today, especially late in the day.

The bigger question is whether they will pull that pin. Although some of the player leaders have felt disrespected and want to take the emotional reaction of pulling that pin, I still have a feeling that this is not the strategy that union leadership wants to take. If they do, any goodwill built up with the league will vanish and we will move to a sea of lawsuits.

I know I am in the minority here, but I just don't believe these two sides are prepared to turn this league over to the lawyers.