With the inexorable march of time continuing through the negotiations between the NFL and the NFLPA, I constantly am asked the questions: “Are they close?” and “What is going on in there?” 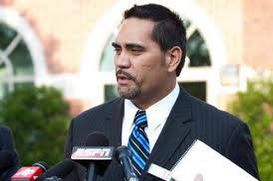 Talks lasted deep into the night at a Manhattan law office last night (first-year associates there looked up from their books and said, “Welcome to our world.”)

While the details are certainly kept quiet, here are some things that are happening:

Does optimism still reign and hope still float? Yes, as long as we trust the process and the people involved. Economic harm – the great motivator – is looming for both sides, with the July 15th date – one week from today – becoming increasingly important to set off a chain of events for a full 2011 preseason and season.

UPDATE: The 8th Circuit has ruled for the Owners once again. With a 2-1 margin, the Court has found that the Owners' labor tool of a lockout is legal and viable and that Judge Nelson erred by not having an evidentiary hearing on the issue of irreparable harm to players, specifically free agents.

The ruling has some balance. Although it allowed the lockout to stand, it did not express an opinion on the length of the labor exemption and the underlying case of Brady v. NFL, which can proceed.

This ruling was certainly expected but the timing is surprising, especially with the sides in advanced negotiations towards a CBA. Will this affect/derail the process? We will see, but the hope is that the Owners do not use this leverage tilt as a hammer to forge more concessions from the Players.