The Puzzle of Peyton

Last week Peyton Manning had a third surgery on his neck, putting his participation in the 2011 regular season in doubt. The impact of this injury on the Colts and the rest of the NFL are yet to be seen, but this is clearly one of the more dramatic developments in the NFL over recent years. Based on the Week One performance of the Colts and replacement Kerry Collins – making $250,000 a game – the importance of Manning (and his neck surgeon) cannot be overstated.

Let’s look at a couple of interesting decisions in regard to Manning by the Colts in terms of his status and his contract.

Manning entered training camp on the Physically Unable to Perform (PUP) list, a category reserved for players unable to pass a physical entering camp. Were he still on PUP, he would not count on the Colts’ 53-man roster. He would have had to remain on PUP through the first six weeks of the season, whereupon a three-week window is triggered for the Colts to either activate him or place him on injured reserve (IR) for the remainder of the season.

Curiously, the Colts moved Manning from PUP to active status on August 29. Perhaps Manning convinced them to do so; perhaps the Colts were like the rest of the football world and assumed Manning would be ready as he always is. That move cost the Colts, however, as it removed PUP as an option going into the season.

The Colts were – and are – left with two options: (1) continue to carry Manning on the active roster hoping he will be ready sometime this season; or (2) place Manning on the IR list, ensuring he will not play in 2011. As mentioned previously, the lack of an in-season IR list was something that I thought the NFLPA missed out on in the recent CBA negotiation, as the all-or-nothing nature of IR will continue.

Following two surgeries to his neck and prior to a third, Manning received the richest contract in the history of the NFL.

Colts owner Jim Irsay had been saying – and tweeting – for close to two years that he would make Manning the highest-paid player in football, begging the question as to why the contract was not completed until July 30th of this year. 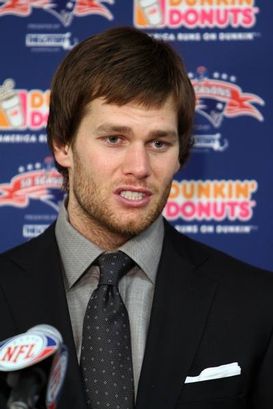 ICONWhen Brady signed his deal a year ago, Manning was expected to follow.

The Colts rationalized not giving Manning his contract last year due to the impending labor uncertainty ahead and the rules of the last CBA year. However, a major impediment to deals in 2010, the 30% rule, was not a barrier with Manning, making over $18 million. And when the Patriots extended Tom Brady who, like Manning, was entering the final year of his contract, I thought that would trigger a deal. If Robert Kraft was willing to commit amidst the uncertainty, surely Jim Irsay would do the same.

They did not. The Colts allowed Manning to play out his contract for the second time in his career (this also happened in 2004). To be fair, agent Tom Condon and Manning cut off contract talks early last season, in part due to frustration with the slow-moving talks.

Fast forward to last month and finally Manning received his deal: five years worth $90 million with a staggering $69 million in the first three years.

A deeper look at the contract may provide a clue why the Colts waited so long to complete this negotiation. The Colts inserted a 2012 option that allows them to – perish the thought – move on from Manning with no further obligation.

A $28 million option bonus is exercisable on the fourth day of the 2012 League Year, typically in early March. If Manning is still a Colt that day, he will receive that $28 million payment whether the Colts exercise it or not (insured through a non-exercise fee for the same amount).

As any option clause in dozens of NFL contracts – I wrote many of them as a team executive – the team could release the player prior to the option exercise date with no further obligation. Thus, the Colts can terminate Manning – his contract, not him – prior to the fourth day of the 2012 League Year and the contract is void with no money due.

Between bonuses and salary, Manning will make $26.4 million in 2011 whether he plays or not. That amount, however, is far less than I thought he would make. Manning was already playing for $23 million under a one-year franchise tag. Thus, in the event Manning's neck becomes a long-term issue, the negotiation of a $90 million contract may have only earned Manning an additional $3.4 million.

With contract negotiation taking so long and with the uncertainty around Manning’s neck – literally and figuratively – one has to wonder if this option clause was the sticking point in the Manning negotiations. Manning may have been better served having less money in the second and third years, yet more in guarantees. The recently negotiated contract between the Eagles and Michael Vick has several million more guaranteed than Manning.

Of course, like any player, Manning would receive the injury protection benefit were he unable to continue his career due to a football injury (his neck). That benefit – while greatly increased for players in the new CBA – is limited to $1.5 million maximum (up to $1 million for the year after injury and up to $500,000 for the following year), no matter the fact Manning makes several times that amount.

This latest chapter of Peyton Manning and the Colts – the signature player of the franchise and perhaps the entire league – is yet to be written, but there have been some interesting subplots to it already.