Following my Friday column on the role of agents during the lockout as a funding source for some players, I received a lot of feedback from agents, players and fans about an overriding issue with professional athletes: saving money. 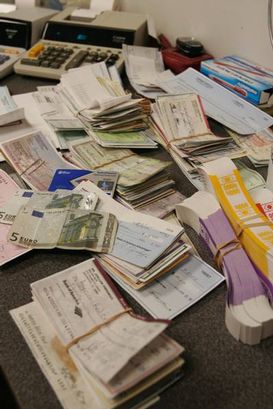 ICONBills can start adding up.

Having been both an agent and a team executive, I can confirm the challenges in convincing players to defer major purchases and save their money.

Most players have not had access to large sums of money and with a stroke of a pen, they do. The urge to spend is strong, especially with what I call the “whisper crew” – friends, relatives, hangers-on, etc. – surrounding them.

Players generally have a very short-term outlook on life. They are concerned about the next workout, the next practice, the next game and, most importantly, the next contract. They see a car they like and they want to buy it. For young players, especially, short-term gratification is the norm.

I once had a client determined to invest a six-figure amount into his brother’s “record company”. I knew his brother was an addict and the money would go toward his brother’s addiction. I advised against it verbally and in writing but could not stop it. As expected, the money was flushed away and the player was out of football a couple years later wishing he had that money.

Having seen this problem, I tried to address it from the team side with the Packers.

Players are paid their salaries during the season from September to December. For instance, if a player made $1.7 million, he would receive $100,000 for each of the 17 weeks of the season.

This payment schedule, I thought, allowed for overspending and left players vulnerable in the offseason. Although the NFL advised I that I could not mandate it, I strongly encouraged players to take a full-year payment schedule over 52 weeks instead of 17. Of course, their checks during the season would be smaller but they would have income all year.

I pushed this payment program out to our players with the help or different Directors of Player Programs at the time, both Edgar Bennett (now the team's wide receivers coach) and Turner Gill (now head coach at University of Kansas). Participation was respectable – on average 15-20 players participated – but not what I had hoped.

Some of the pushback came from agents, knowing players would not receive their full salary by December when they sent invoices for their fee. And many asked about interest on the amounts, which we would not provide (as that would have been a Cap violation).

Typically, the players that availed themselves of full-year spending were the ones that were careful spenders. The ones that did not needed to.

As the NFL is now in the early phases of Courtroom football the issue of savings will become much more essential in coming weeks and months..

Despite funding for players of up to $60,000 and many warnings from the NFLPA to save, many have not. The NFL knows this. The longer the labor battle ensues, the more advantage the Owners have in the battle of attrition towards resolving the dispute and negotiating a CBA on favorable terms.

The NFL is counting on the NFLPA solidarity of March and April to ebb in June and July largely because of concern about finances.

Judge Nelson may lift the lockout for the Players this week but will likely not open the NFL for business while the NFL appeals, which may take a while. The Owners know their leverage increases the longer this dispute lasts.

The Players do have one hope: on May 12 they will be before their favorite jurist Judge David Doty to determine damages in the television lockout case. Doty could reward a large sum to the Players, giving them the lockout war chest that the owners thought they were getting.

When I was in Dallas for the Super Bowl, a player I knew from his time with the Packers sought me out to talk. He was a high draft pick, played many years in the NFL for a few different teams and made tens of millions of dollars. After the pleasantries, he told me his stark reality: he is broke and living day-to-day. His money was gone as he faced the rest of his life, now in his early thirties. I worry about him.

Ultimately, all the legal wrangling and courtroom football of this lockout may defer to the core reality of a good number of players needing to start receiving their checks.