Strangely absent from the list of issues being hashed out by NFL Owners and Players in this long-running labor dispute is perhaps the most important issue of all: revenue sharing among Owners. Although it was the issue dominating the final hours of negotiating the 2006 CBA, it has been largely absent from this round of negotiations.

The lack of emphasis on internal revenue sharing may be due to either: (1) the Players not making it a priority issue; (2) the Owners – especially small market Owners – not pushing the issue as they have done before; or (3) the feeling of both sides that if their priority issues can be resolved to their satisfaction, the revenue sharing problem will “take care of itself”.

As written here before, revenue sharing was the focus of the 2006 NFL Owners meeting that ratified the now-expired CBA. Former NFLPA chief Gene Upshaw had demanded that the Owners come up with a workable plan, diverting their attention from the Player deal which slid through by a 30-2 ratification vote.

Indeed, a formula did emerge from that meeting where the top half of the NFL teams would contribute to the bottom half at different levels of giving or receiving depending on their rankings.

Ranking teams by revenue alone is an incomplete picture due to the enormous debt that some teams carry while others are debt free. In Green Bay, the smallest market in the NFL, we had high revenue and no debt.

The Cowboys, Texans, and Eagles are examples of teams positioned near the top of the rankings yet have high debt and operating costs. In contrast, the Saints, Bengals and Colts are relatively low in revenue yet profitable due to little to no debt and attractive stadium and real estate deals that reduce operating expenses.

Revenue sharing models should take into account all revenue, debt, expenses, and ancillary land deals. Nevertheless, a well-reasoned revenue sharing formula does not always correlate to labor peace. (i.e., the NBA's revenue sharing plan is based upon a comprehensive study by the McKinsey Group, and the NBA, of course, is in a lockout).

The NFL has always been the sports league with the most revenue sharing, primarily due to the equal sharing of the vast broadcast income rolling in. Owners in Major League Baseball and the NBA – especially small market owners – can only dream of a revenue sharing system similar to that of the NFL. 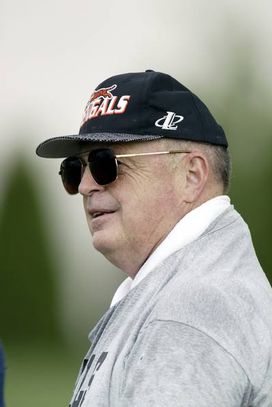 ICONBrown has been the focus of the wrath of large market owners.

With the present model, the potential exists for teams to “free-ride”: not exhaust every possible revenue stream. I witnessed a few pointed exchanges between Jerry Jones of the Cowboys and owners such as Mike Brown of the Bengals and Wayne Weaver of the Jaguars, questioning their pursuit of every revenue opportunity while not only taking their equal share but also receiving supplemental revenue sharing from owners such as he.

On this issue, we find strange bedfellows. Jones – a noted hardliner in this labor negotiation – has support of the Players here, aligned in their common pursuit of revenue maximization, the total to be shared with the Players.

The Players’ goal should be clear: to require revenue given to the lower revenue teams be spent on Players. Without this clear mandate – of which there is none presently – revenue sharing has no teeth. In Green Bay, our revenue was always funneled back into the team, as we had no owner with any other business interests.

I thought that one of the more disturbing stories in sports business this year was a report that some MLB clubs were receiving tens of millions of dollars in revenue sharing funds and allocating it to vague “baseball” uses. Soon after that report, with the not-so-subtle involvement of the MLB Players Association, the Florida Marlins – one of the teams reported to be not using such funds – inked a four-year, $39 million deal with pitcher Josh Johnson. Coincidence? Unlikely.

The NFLPA – as all sports unions – must take note of that situation and ensure that any funds allocated to sharing be used on their players. A high cash minimum will ensure some of that, but more teeth to the policy is necessary.

To Players, all of these labor disputes are about revenue sharing, as Owners – in the NFL and now the NBA – seek claw backs due to their inability to solve their internal problems. To Owners, their internal sharing of funds is either none of the Players’ business or insufficient to overcome their losses (as David Stern recently said: “We cannot revenue-share our way to profitability.”)